If you’re interested to learn more about Vietnamese history and culture, the Citadel is an exciting place to visit when you’re in Hanoi.

Imperial Citadel of Thang Long is a relic site built in the 7th century, under the Dinh-Tien Le dynasties, then flourished in the Ly, Tran, Le, and Nguyen dynasties.

In 1010, King Ly Thai To moved the capital from Hoa Lu to Dai La (old name of Hanoi) and renamed the new capital Thang Long.

He rebuilt Thang Long citadel based on the foundation of the old Dai La citadel.

Hanoi then became the most prominent economic, political and cultural center.

Throughout several dynasties, the Imperial Citadel of Thang Long was where the King and the Royal Family lived and worked. It was also the place to celebrate important ceremonies of the country.

After the Nguyen Dynasty established the capital in Hue (1802), the role of Thang Long citadel was dissolved.

Since 1954, ​​Thang Long citadel became the Ministry of National Defense headquarters. Here, they had many important decisions of the Party and State, contributing to great victories in the resistance war against the US.

Over time and historical events, Thang Long Citadel has had many changes and deformations.

Although there are no more palaces, there are still several vestiges along the central axis of the old Imperial Citadel, such as Doan Mon gate, Kinh Thien Palace, and Hau Lau.

On August 1, 2010, Thang Long Imperial Citadel was recognized by UNESCO as a world cultural heritage.

Doan Mon is one of the main entrances to the Citadel. It was built under Le Dynasty and restored in Nguyen Dynasty.

The relic is located south of Kinh Thien Palace, horizontally with the Hanoi Flag Tower.

Chinh Bac Mon was built in 1805 and is the only remaining gate to Thang Long citadel under Nguyen Dynasty.

Built in 1428, Kinh Thien Palace is located in the center of the Imperial Citadel of Thang Long, with the

It is located in the center of the Imperial Citadel (Le So dynasty), right on the old foundation of the Can Nguyen palace of the Ly dynasty (later renamed Thien An Palace).

In 1886, this palace was destroyed by the French colonialists to build the French Army Artillery Command.

You can see the remaining architecture of old stone foundations and steps to reach the main hall.

The highlight of this relic is the two stone dragons adoring on the porch.

They were sculpted from the 15th century under the reign of King Le Thanh Tong, representing the architectural style of the Tien Le Dynasty.

Built in 1821, Hau Lau was used as a resting place for the palace maidens when Nguyen Kings visited Hanoi.

At the end of the 19th century, Hau Lau was severely damaged, and the French colonialists had it renovated and rebuilt as it is today.

Hanoi flag tower (Ky Dai) was built in the early 19th century under the Nguyen Dynasty.

It’s one of the rare landmarks in the Citadel that the French didn’t destroy between 1894 and 1897.

Excavated since 2002, this site has an extremely rich and diverse system of relics.

When conducting excavations here, archaeologists have discovered traces of the foundations of ancient architectural works and many valuable artifacts, such as terracotta decoration materials and wooden columns.

They also find ceramics of Vietnamese feudal dynasties and many foreign utensils and items, such as porcelain from West Asia, China, Japan.

More than that, these relics prove the development of Thang Long capital, the capital of Dai Viet, from the 11th to the 18th century.

Where is Thang Long Imperial Citadel?

The relic complex is located in Dien Bien Phu and Quan Thanh wards, with a total area of ​​up to 18.3 hectares. The address is 19C Hoang Dieu, Hanoi.

How to get to Thang Long Imperial Citadel

It’s easy to get to the Imperial Citadel of Thang Long by bus, car, and motorbikes. I recommend using Grab to order a taxi if you need to travel around.

You can also take bus routes like 22 (Gia Lam Bus Station – 103 Hospital) to stop right in front of the gate of the Citadel.

Imperial Citadel of Thang Long is open on weekdays (except Monday) from 8 am to 5 pm.

As the Citadel is relatively large, you should spend the morning or afternoon visit.

For students aged 15 years or older (if they have a student card), Vietnamese elderly (60 years old or older), the entrance ticket price is 15,000 VND / person.

Visiting Phu Quoc island, in addition to relaxing on white-sand beaches, we also discover a lot of exciting things from… 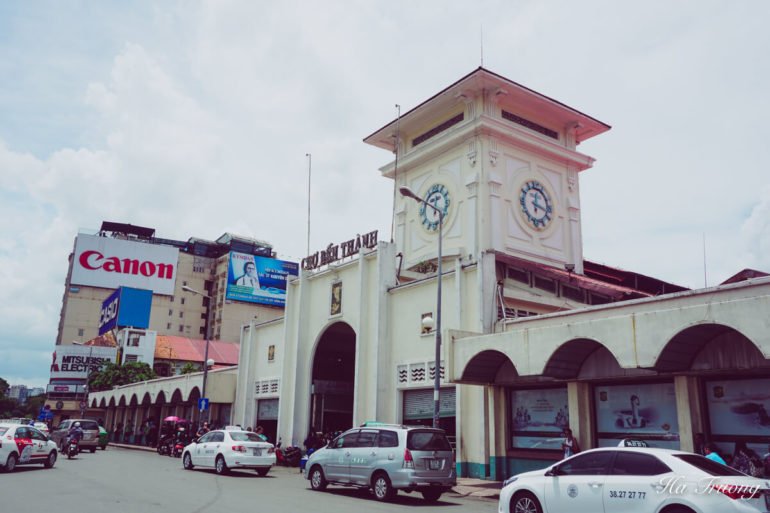 When is the best time to visit Ho Chi Minh city (Saigon)? Read this travel guide to discover the characteristics… 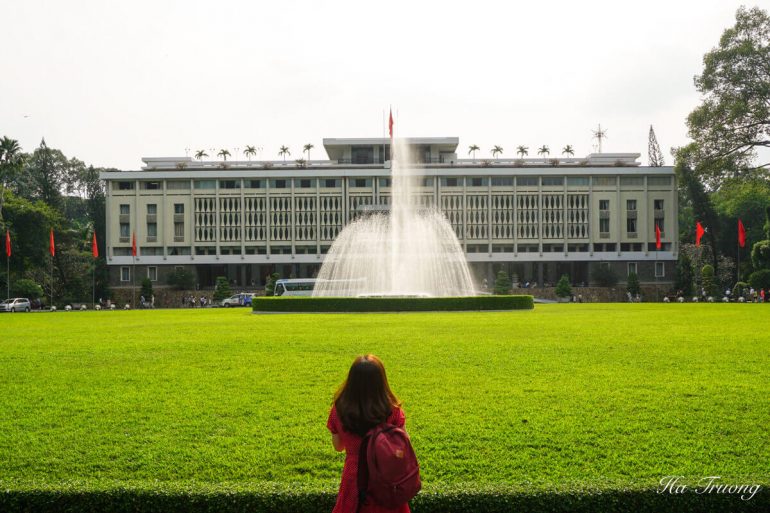 If you’re interested in the Vietnam war and the significant event in 1975, Independence Palace is a must-visit on your… 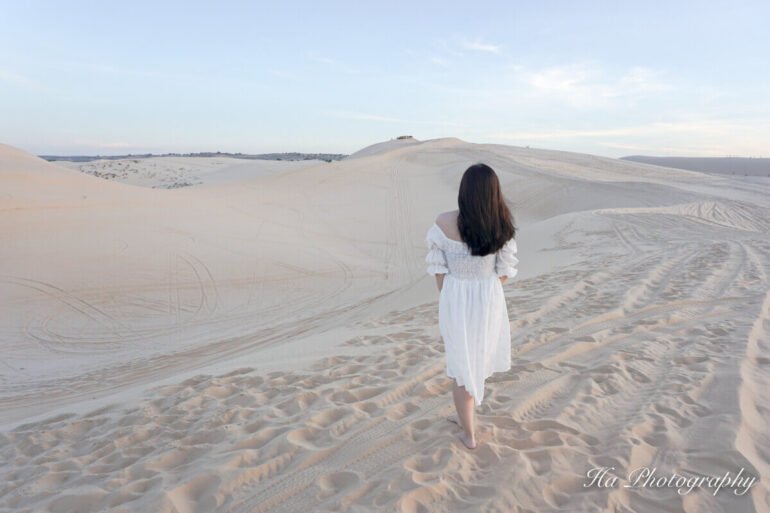 From a cape where fishermen often avoid storms, Mui Ne Vietnam has become a famous tourist paradise with white sand,… 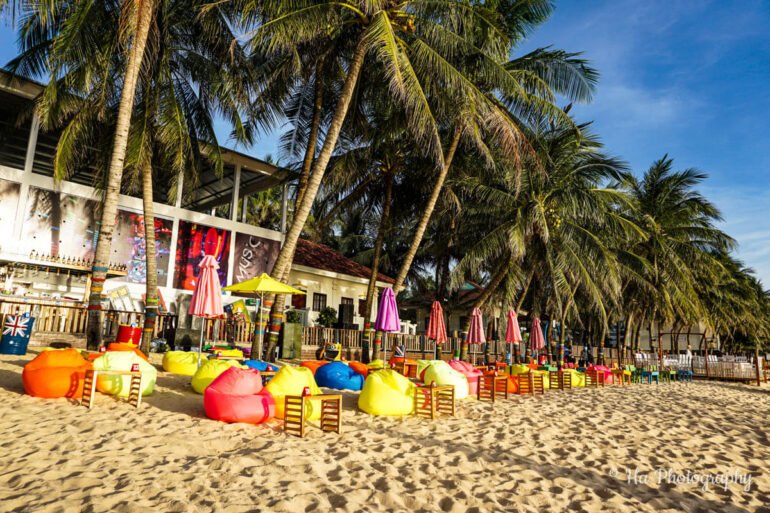 From a locally brewed IPA to a fresh, fruity cocktail, here is the list of 10 of the best bars… 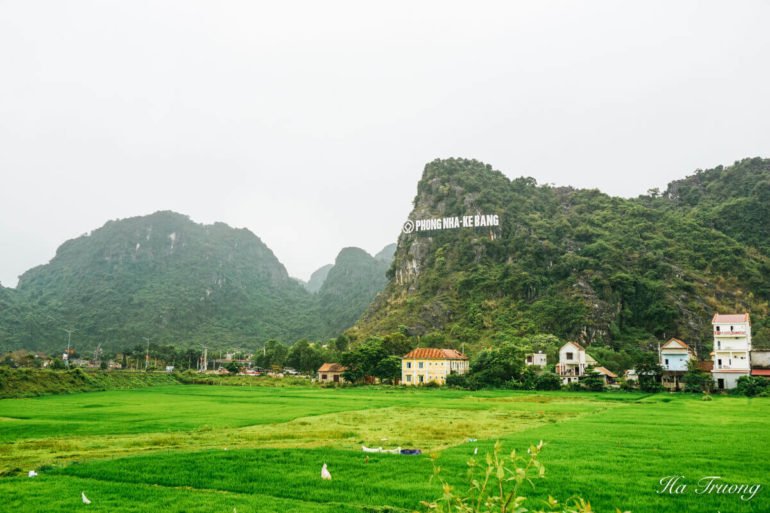 Phong Nha Ke Bang national park is one of the most popular attractions in Vietnam. This natural gem of Vietnam…