Located in the Northeast region of Vietnam, Ha Giang is known for its beautiful hills and mountain passes.

When is the best time to visit Ha Giang, Vietnam?

This article includes Ha Giang’s weather, seasons in Ha Giang, the best months to visit Ha Giang, and things you should not miss.

The climate in Ha Giang, Vietnam

As Ha Giang is located in the tropical monsoon region and high mountainous region, its climate has the characteristics of Hoang Lien Son mountainous areas.

The annual average temperature is about 21.6 to 23.9 degrees Celcius.

The hot season sees high temperatures up to 40 degrees Celcius (June, July). On the other hand, in the cold season, the absolute low temperature is 2.20C (January).

The annual average humidity in Ha Giang is 85%, and the fluctuation is not significant.

When not to visit Ha Giang, Vietnam

You should avoid visiting Ha Giang during the rainy season, which usually lasts from July to the beginning of September.

During this season, there can be a possibility of landslides and rising river water levels.

Last year, a landslide in Ha Giang injured a Vietnamese tour guide and a Dutch tourist when they were on a motorbike up the mountain pass in Meo Vac District. Both men were severely injured and rushed to a local hospital for treatment.

Therefore, it may be risky when driving Ha Giang lope or exploring off-the-beaten destinations in the region.

Besides the rainy season, visiting Ha Giang any other time of the year is great.

January is the season of plum blossom, peach blossom, and yellow mustard flower.

In April, visitors can see peach blossom and plum blossom, but the Khau Vai Love Market Festival is the most memorable event.

This festival is also an opportunity for people to meet and get to know each other.

Ha Giang in May and June

Also, May and June is a great time to admire the winding terraces with colorful reflection.

September is the riped rice season with beautiful golden terraced fields. You not only can admire the majestic scenery but also experience the sweet fragrance of ripe rice.

October and November is the busiest time in Ha Giang since this is the time when Tam Giac Mac’s flower blooms.

This flower is a characteristic of Ha Giang, blooming from the 3rd week of October until the beginning of November.

Along from Ha Giang city to the rocky plateau, you will see this flower blooming wherever you go.

Things to do in Ha Giang, Vietnam

Ha Giang has many impressive sights, including 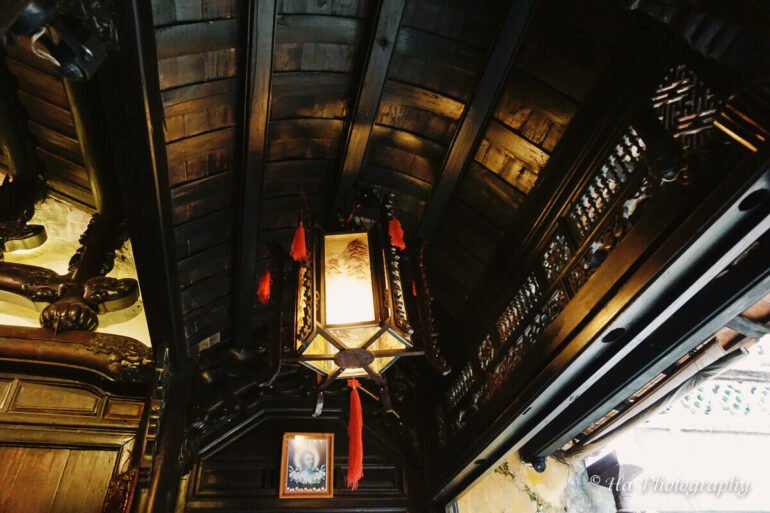 Hoi An ancient town is famous for several stunning old houses that have existed for hundreds of years. Visiting the… 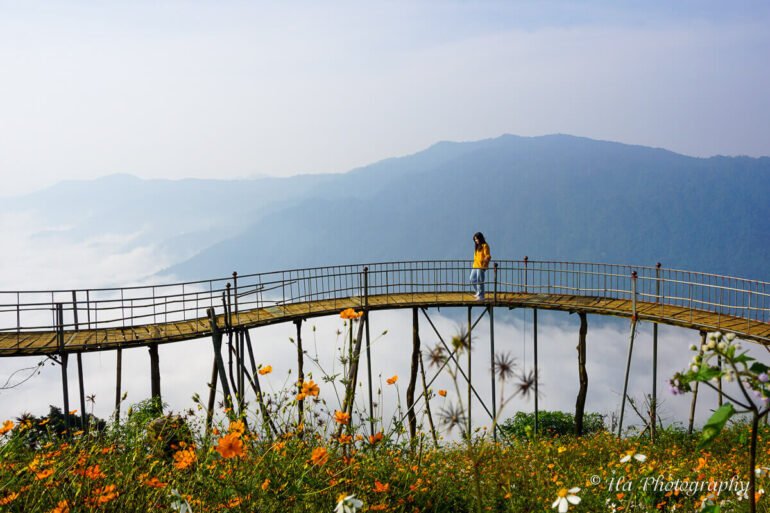 About 160km from Hanoi, Hang Kia Pa Co is an amazing place for cloud hunting in Mai Chau, Vietnam. I… 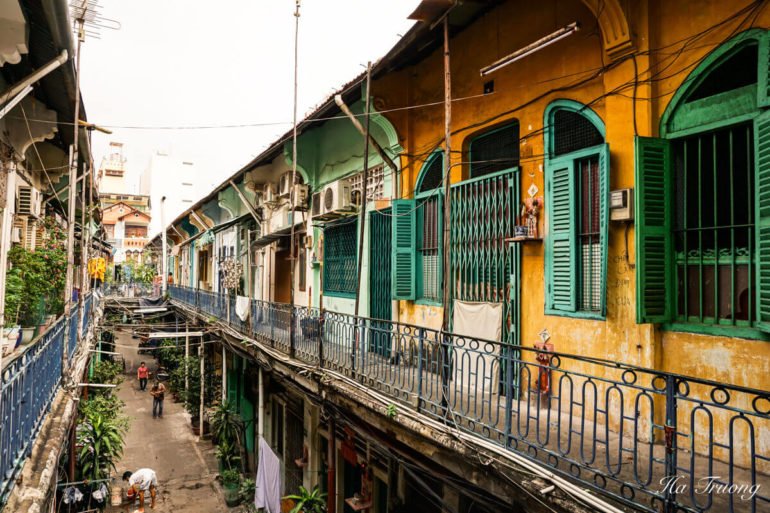 Ho Chi Minh City, formerly Saigon, is a tourist hub in Southern Vietnam. The city is famous for its vibrant… 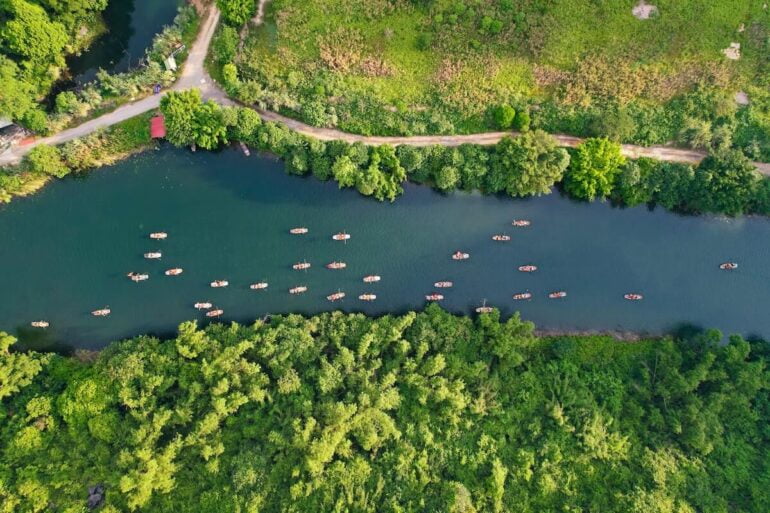 Every year, millions of visitors flock to Tam Coc in Ninh Binh, Vietnam. This mystical, natural beauty and sparkling rice… 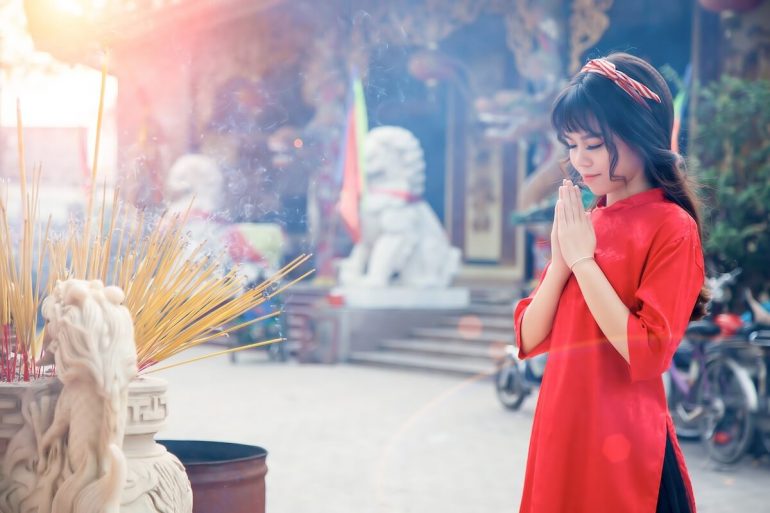 Tet Holiday, or Vietnamese Lunar New Year, is the most important festival in Vietnam. Tet is the time for a… 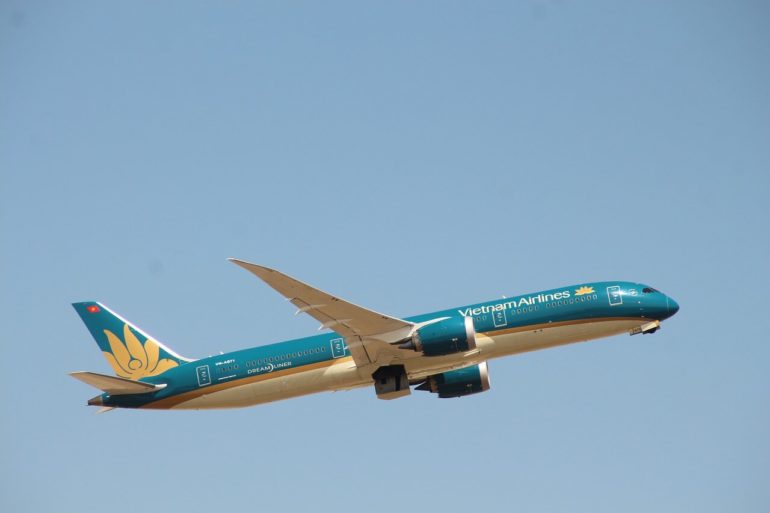