Cat Ba island‘s Hospital cave, or Quan Y cave, has been a pride of Vietnam’s military medical team since the war. Today, although the hospital is no longer there, its historical value remains.

This article is a complete travel guide to Hospital Cave in Cat Ba island Vietnam, with tips on how to get there, entrance fees, things to see and do. 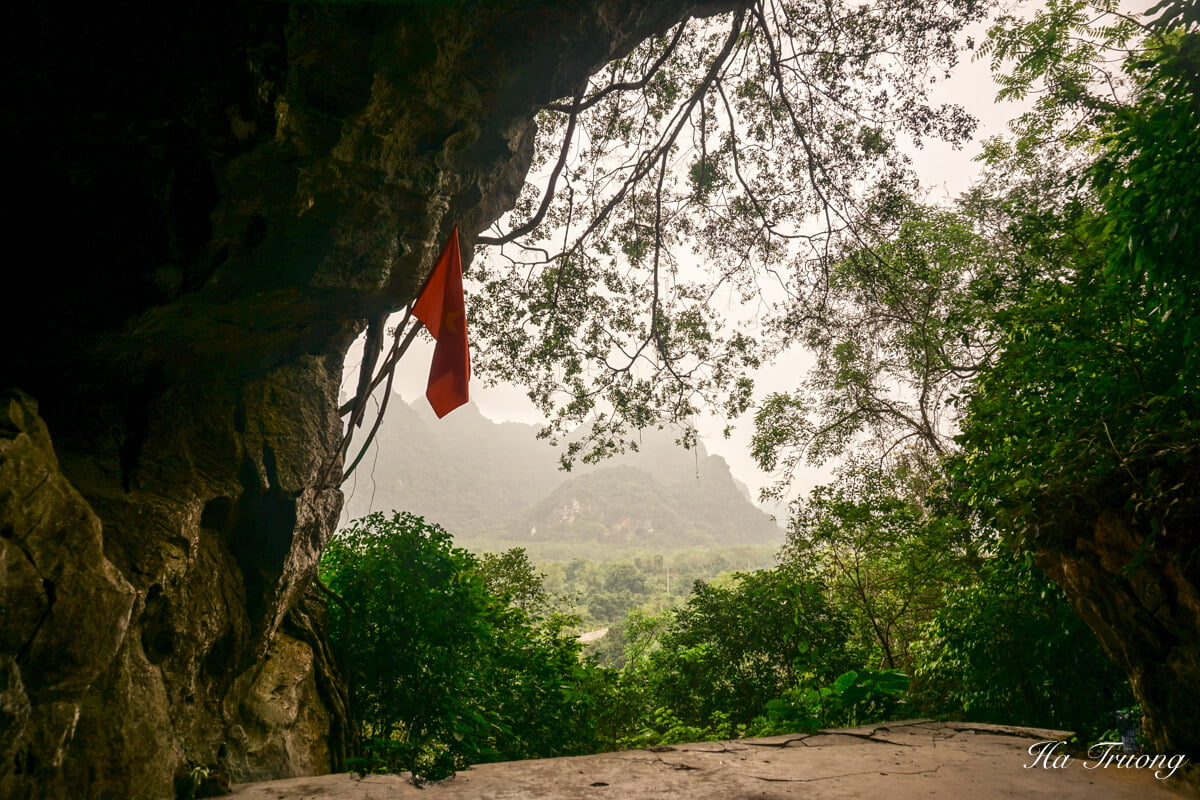 The hospital cave has a particular structure with stalactites and coastal limestone mountains formed by sediments.

The sparkling stalactites, together with the light in the cave, create a mysterious atmosphere.

Hospital cave, or Quan Y cave, was a field hospital when the US escalated bombardment of North Vietnam in 1963 – 1965.

During this time, people on Cat Ba island built a cave based on the natural limestone mountain.

The cave served as a place for treating wounded soldiers, shelters, and avoiding bombs for residents and people evacuated from Bach Long Vy island. 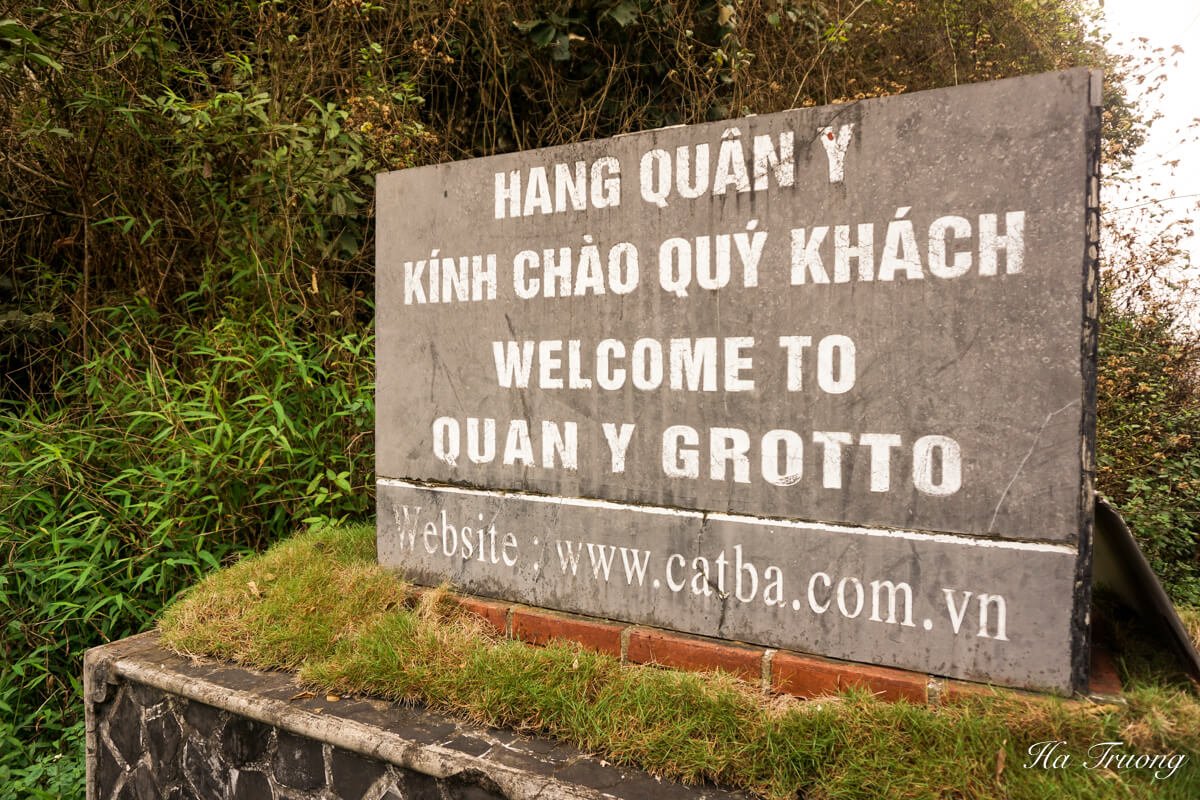 The construction of the Hospital cave was a reinforced concrete structure with a length of about 200m.

In particular, the first floor was the main area, including 14 functional rooms such as the operating room, waiting room, medicine room, etc.

Due to its characteristics as a war hospital, the Hospital cave was also equipped with a good road system, drainage, and ventilation system. 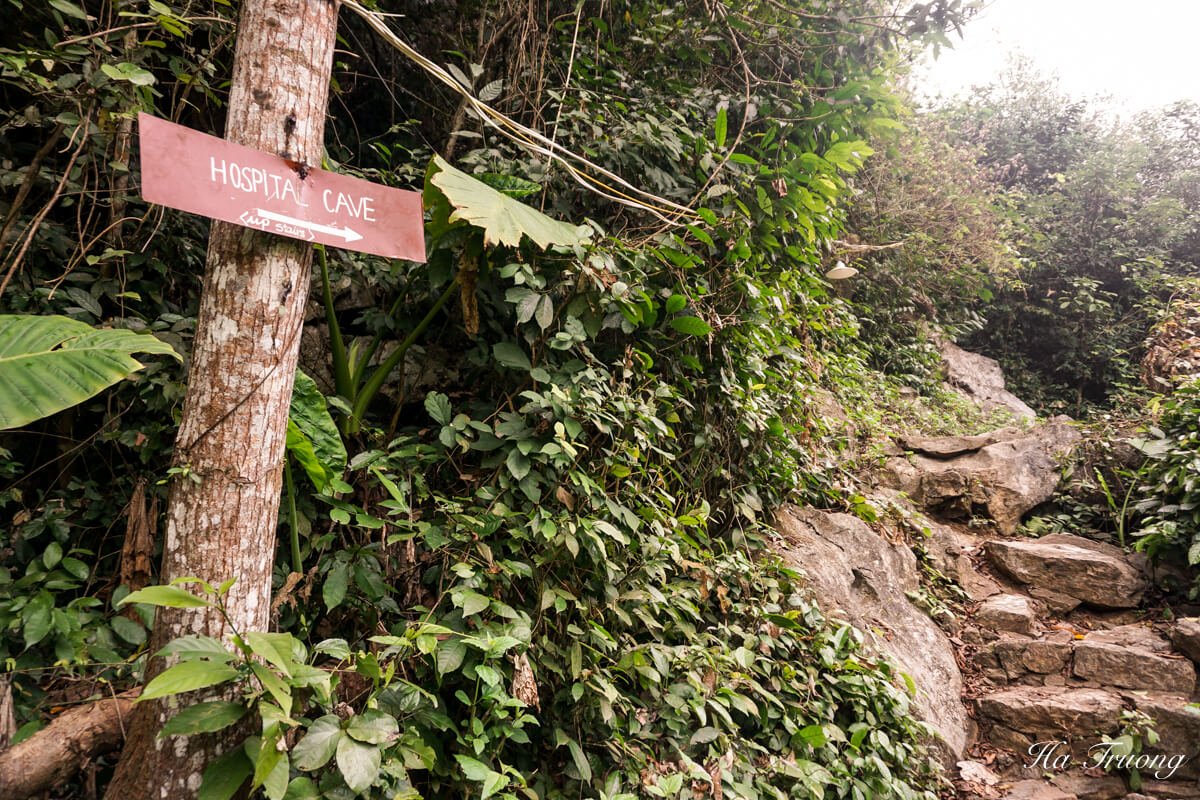 How to get to the Hospital cave

Getting to Cat Ba island

The easiest way to travel from Hanoi to Cat Ba is by bus. Daily buses are departing from Hanoi, and the journey takes approximately 3.5 to 4 hours.

There are frequent ferries from Hai Phong to Cat Ba island. You can book online ferry tickets here.

Related articles: How to get from Ninh Binh to Cat Ba island 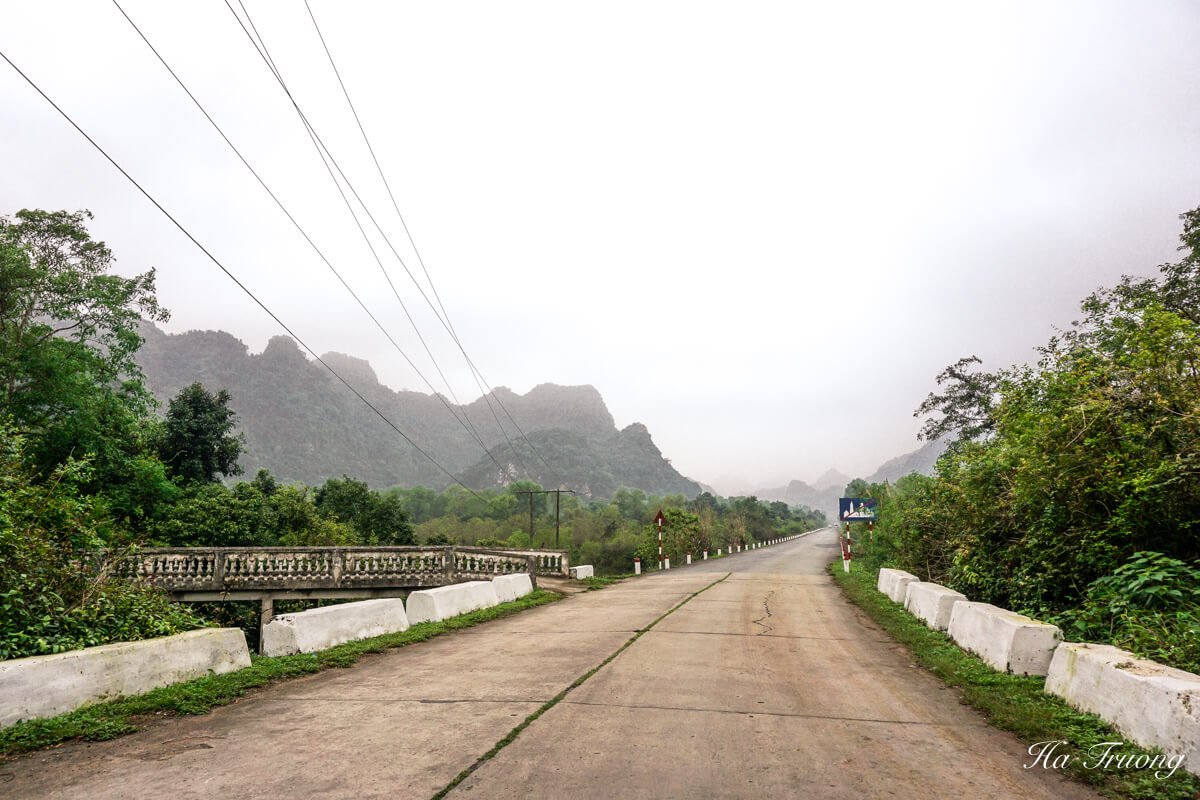 Getting to Hospital cave from Cat Ba

About 13km from the center of Cat Ba town, Hai Phong, Hospital cave is located halfway up the mountain in the Khe Sau area, Tran Chau commune, in the territory of Cat Ba National Park.

From Cat Ba town, it only takes approximately 30 minutes to get to the Hospital cave. It’s easy to find the entrance thanks to the sign along the road. 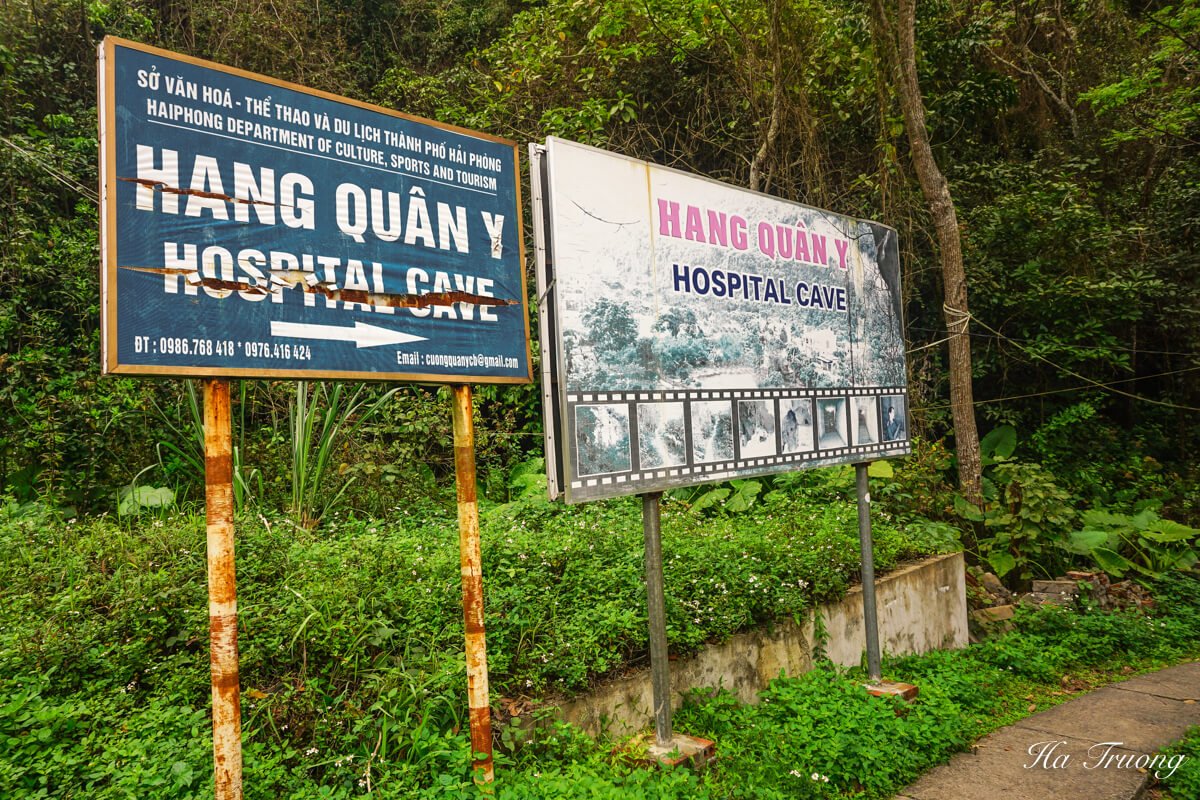 The entrance fee to the Hospital cave is 40,000 VND per person. 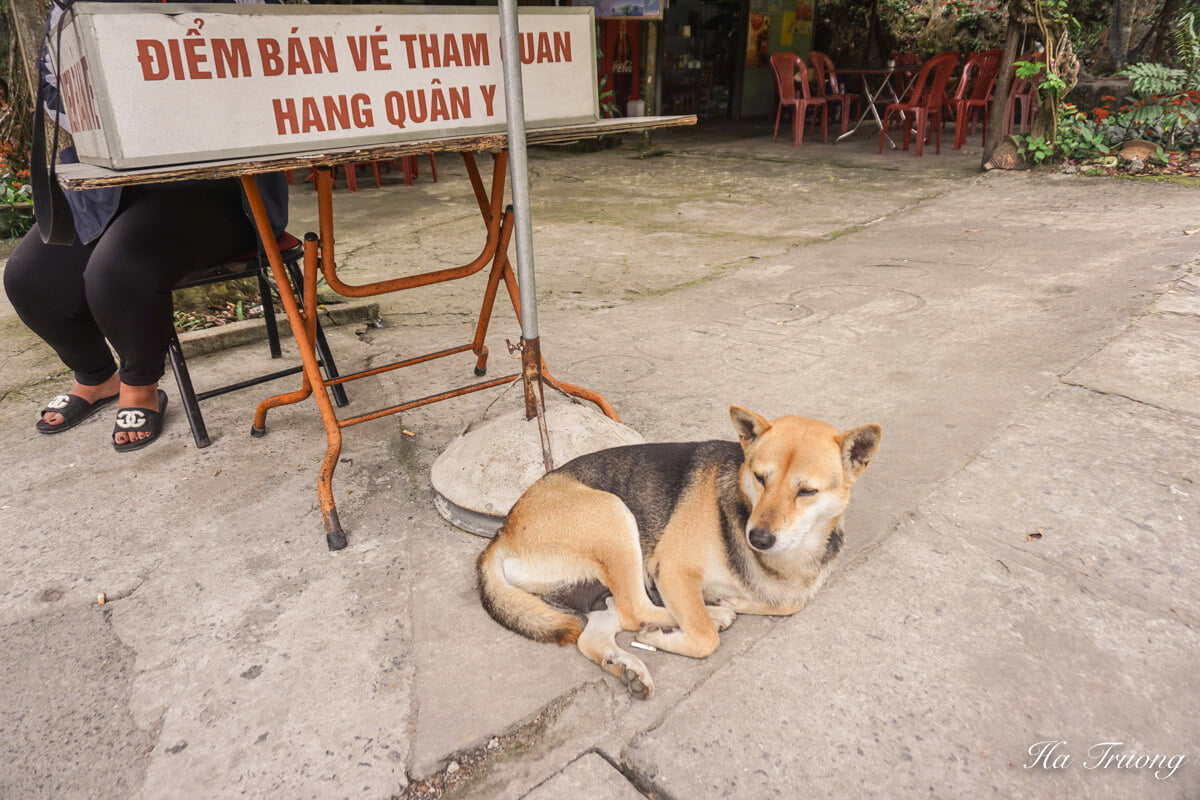 Inside the cave is arranged a simple small set of tables where the guard checks the ticket before letting visitors go through the iron door to the inside. 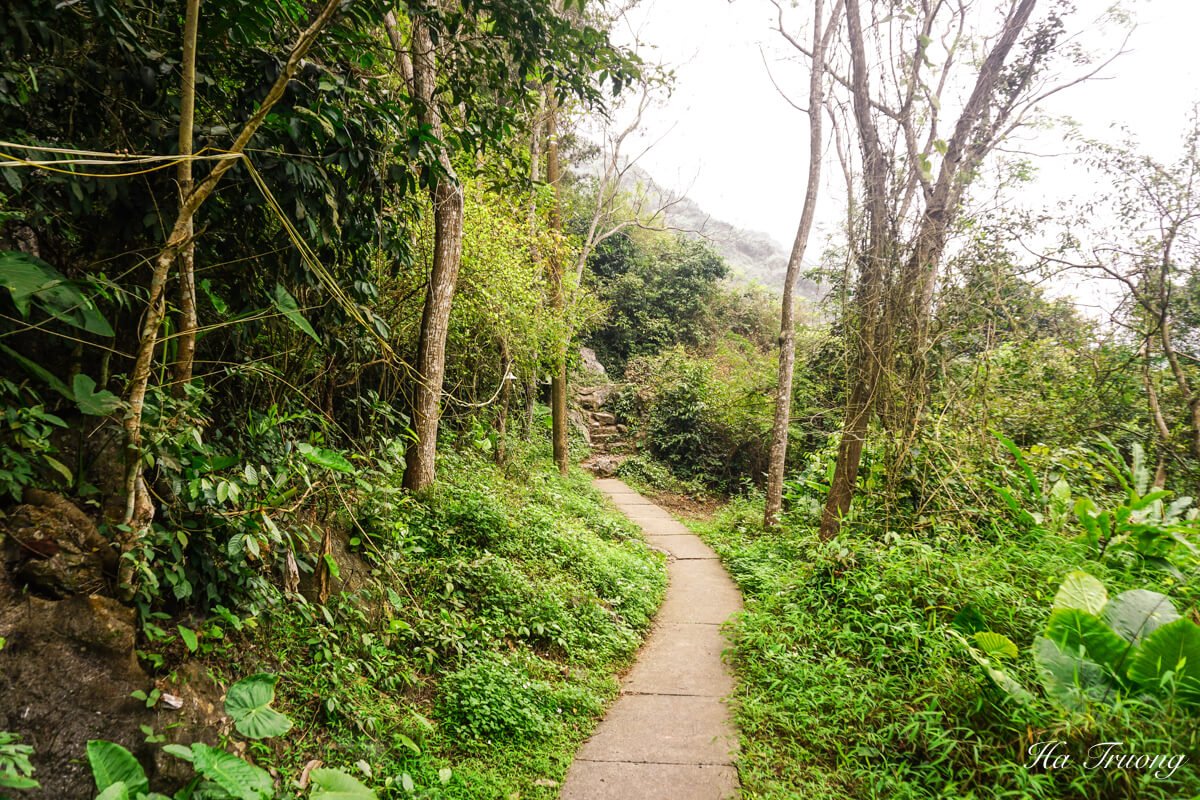 After purchasing the entrance ticket, we followed the trail on the right about 50 meters. 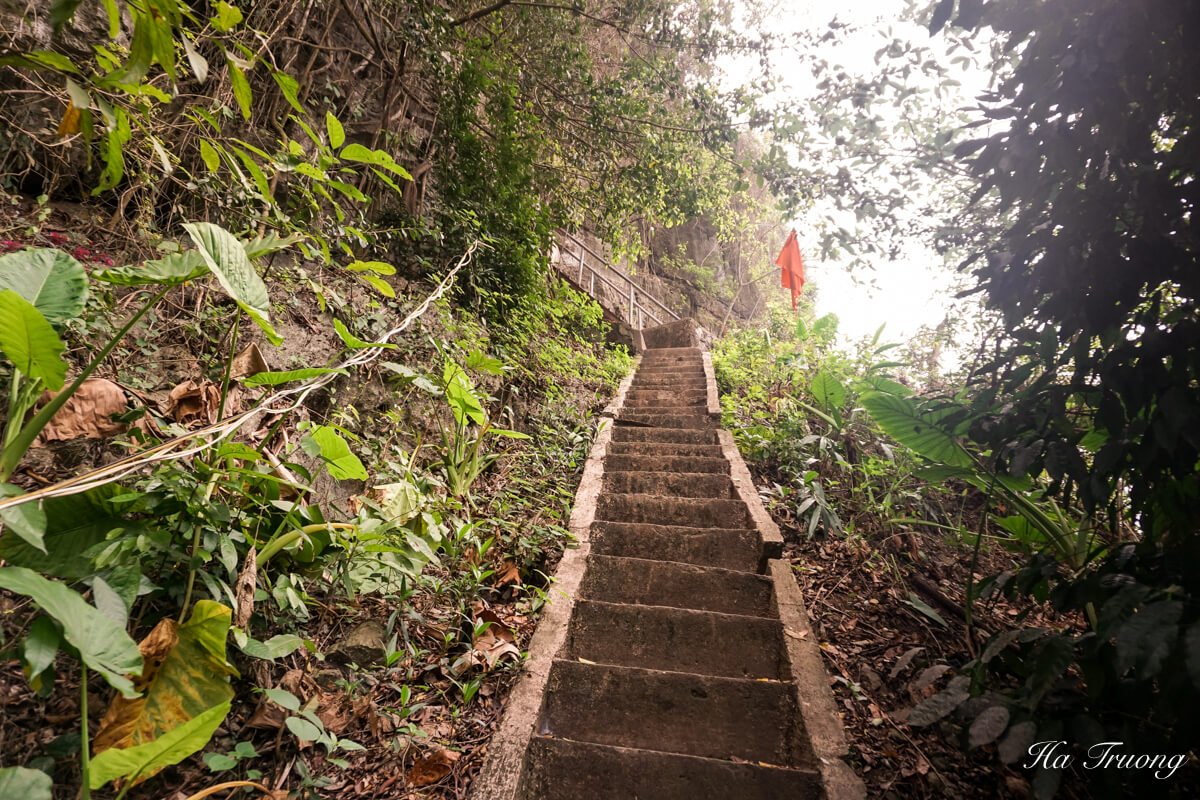 We then walked up the stairs to the cave door, which was located halfway on the mountain.

In the past, the staircase to the cave door was made of wood, so when the cave was attacked, it could be easily destroyed.

However, recently the stairs were replaced with iron, creating a firm and safe way for visitors. 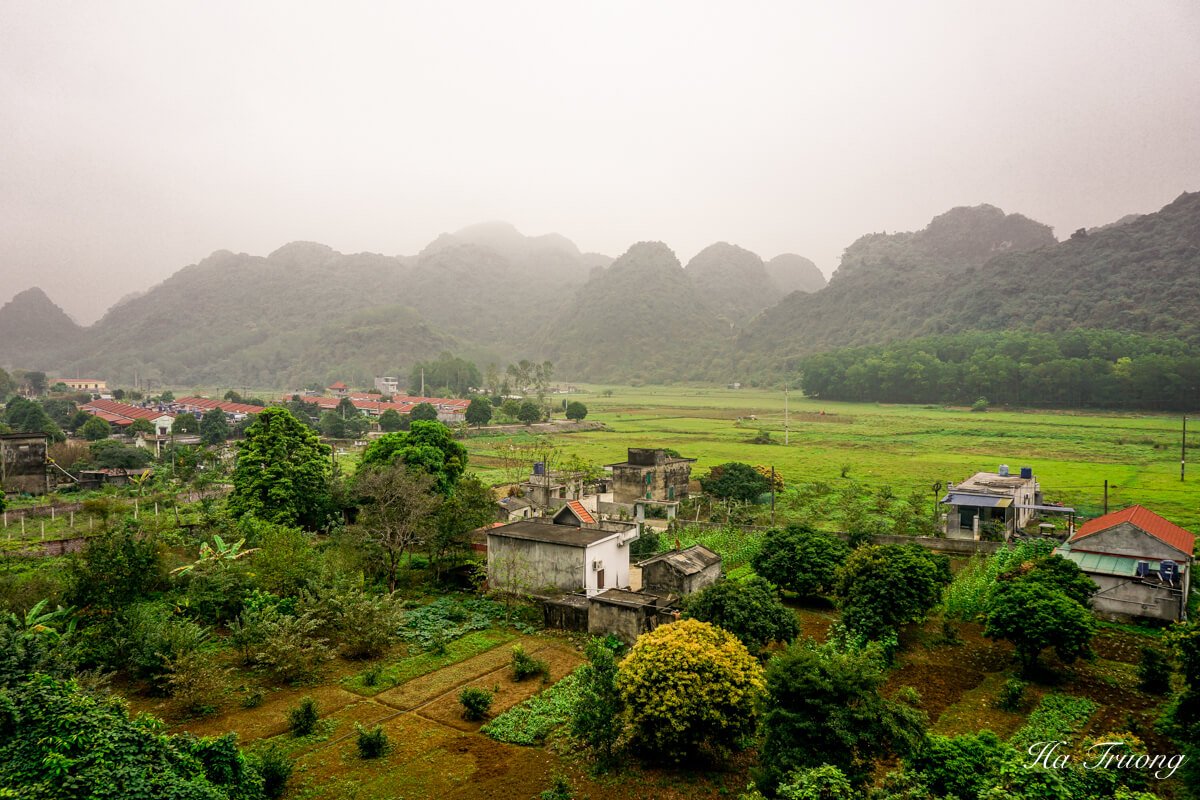 Standing on the cave door, looking down, we enjoy a Cat Ba national park panoramic view.

The cave’s ceiling was quite high, clean with stalactites staining green moss. On the corner, we saw a small worship area with incense and flower.

The rooms on the first floor

To enter the rooms, we had to pass an iron door. It was very solid with many locking latches. 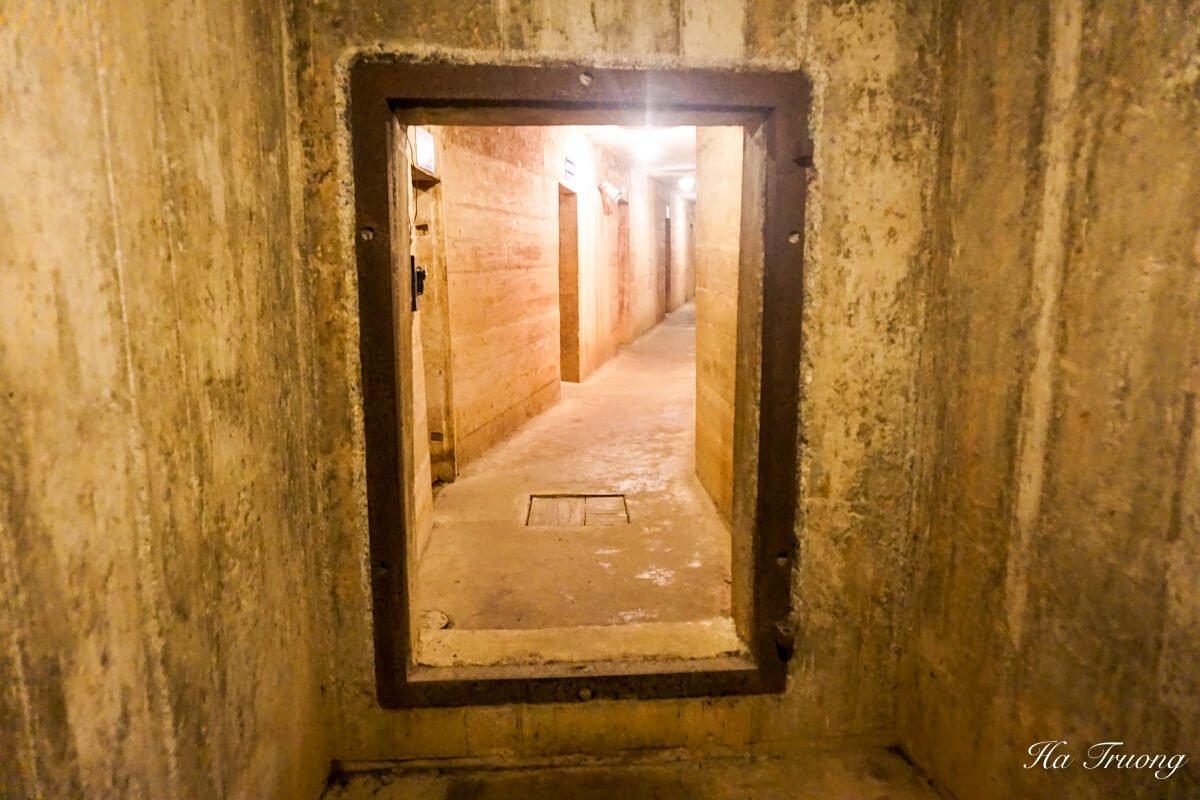 The entire corridor was the working rooms and equipment storage, designed quite evenly along the aisles.

We could see the function of each room based on the nameplates on the top. 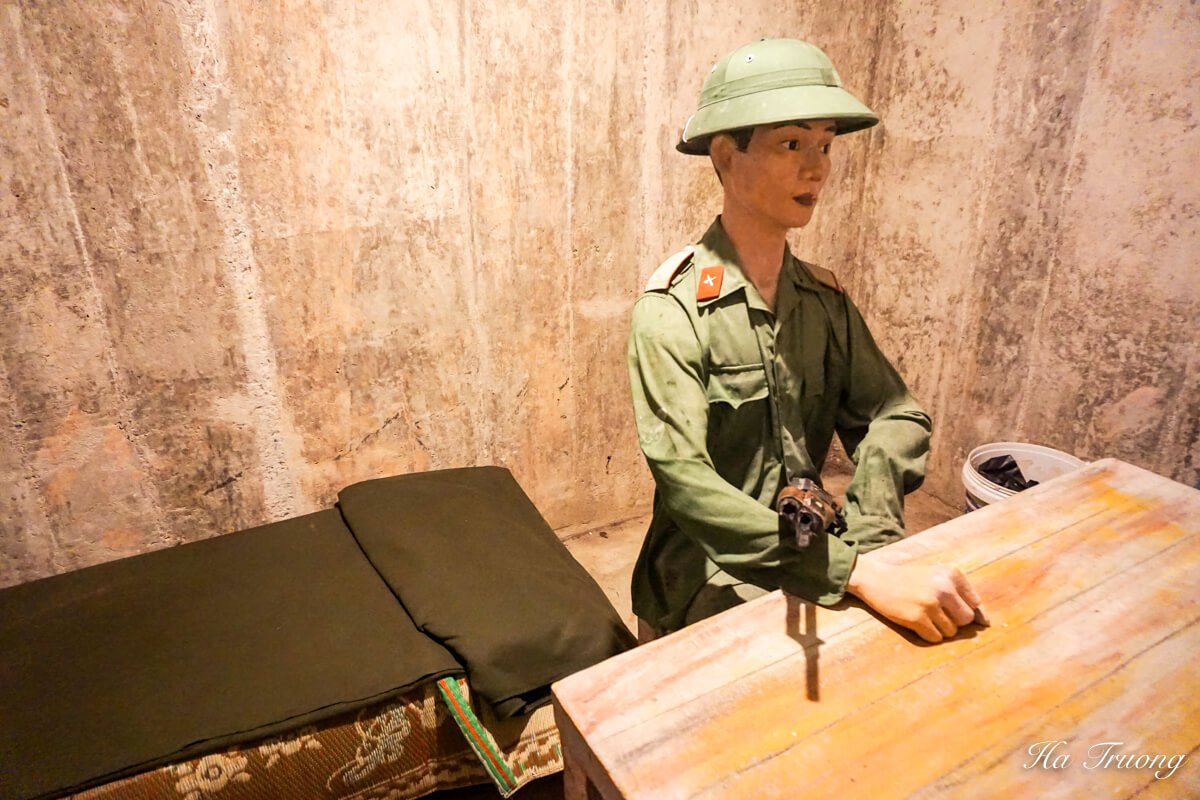 In those rooms, there were models of soldiers that simulated the past. 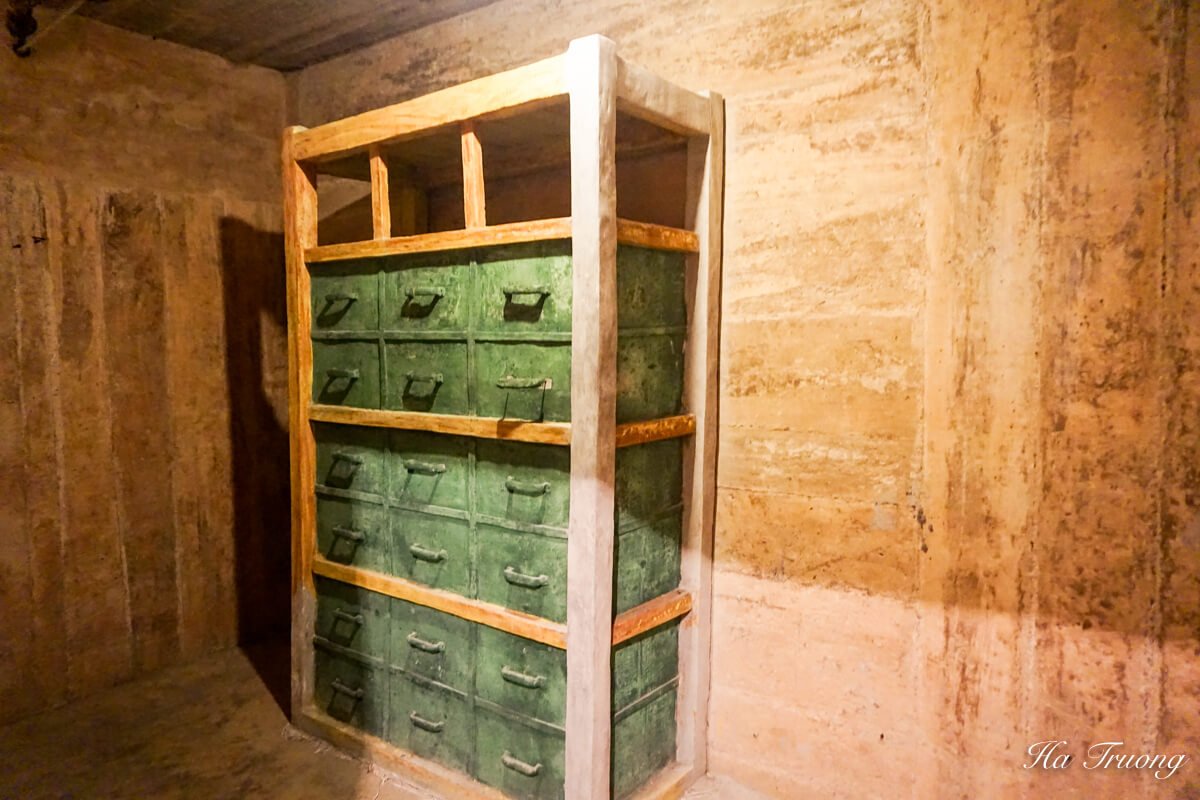 The right rooms were for treatment items and models depicting patients in the process of recovery, while the left rooms were for logistics rooms, personal belongings, drug stores, etc. 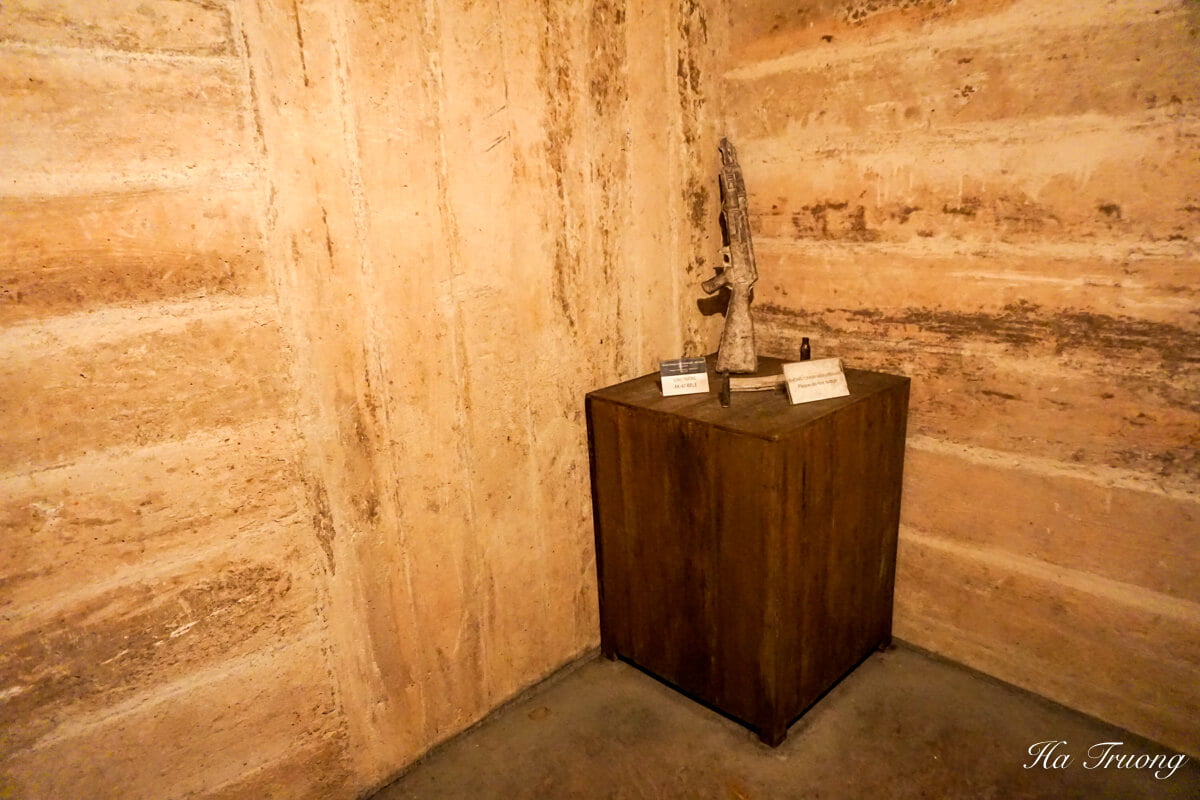 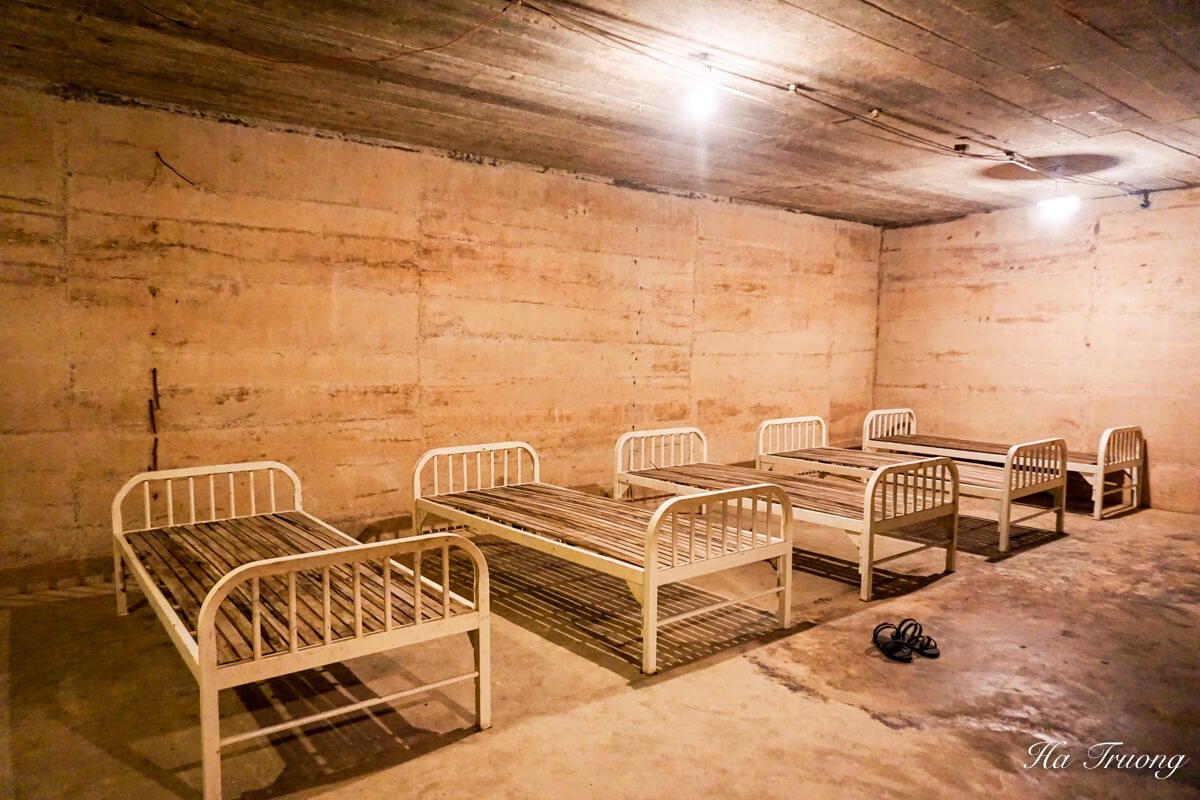 The items placed in the room were simple but vivid, drawing a space reminiscent of what happened in the past. 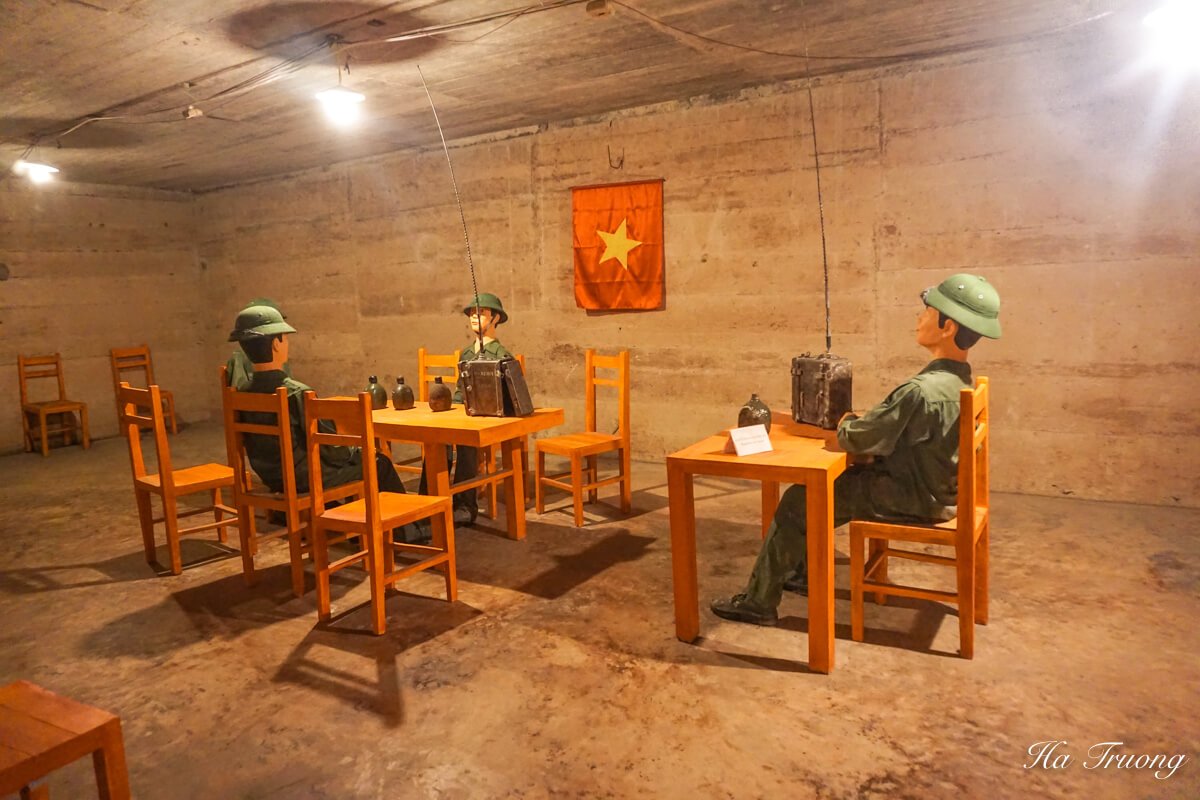 The largest room on the first floor was probably the meeting room. We could see the models of soldiers with their radio and water bottles. 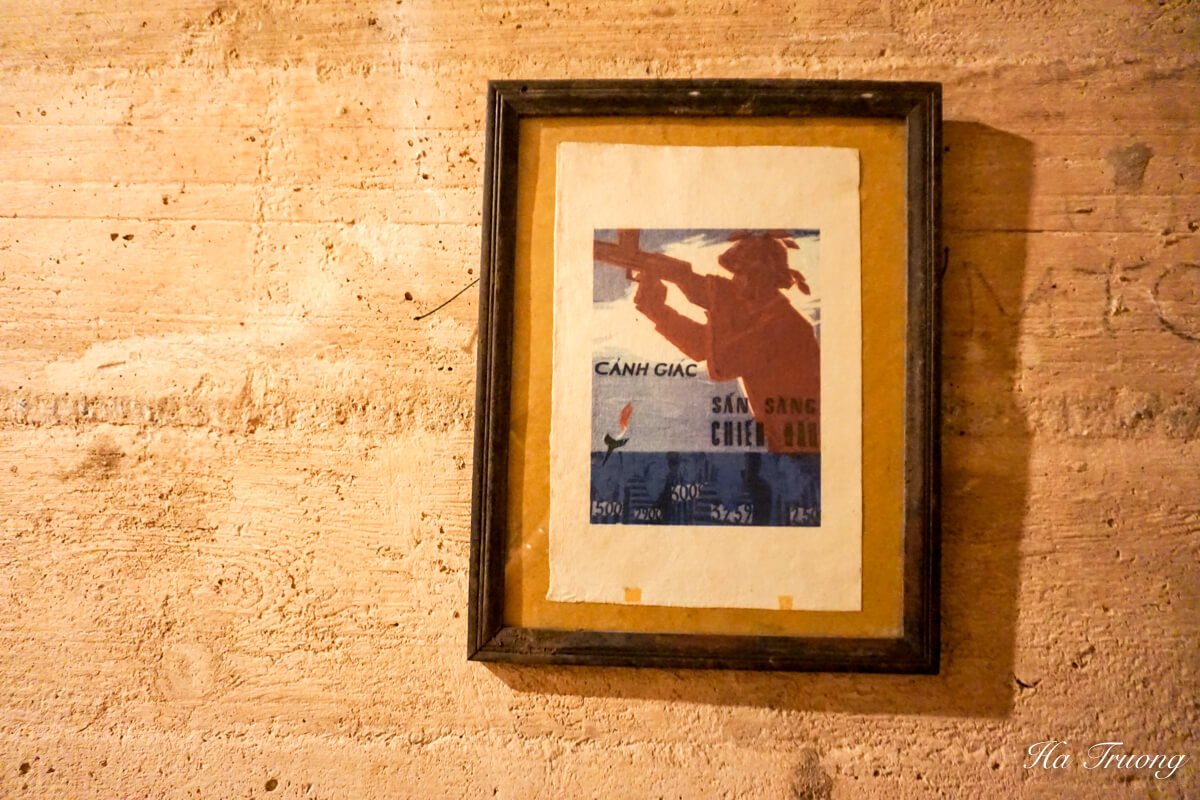 There were several posters on the first floor as well. Each poster encouraged the will of the Vietnamese people to fight back in the American war.

At the end of the first floor was an escape route to the back of the mountain.

In the middle of the corridor, we found the way to the second and third floors. While visitors could visit the second one, the third floor was prohibited. 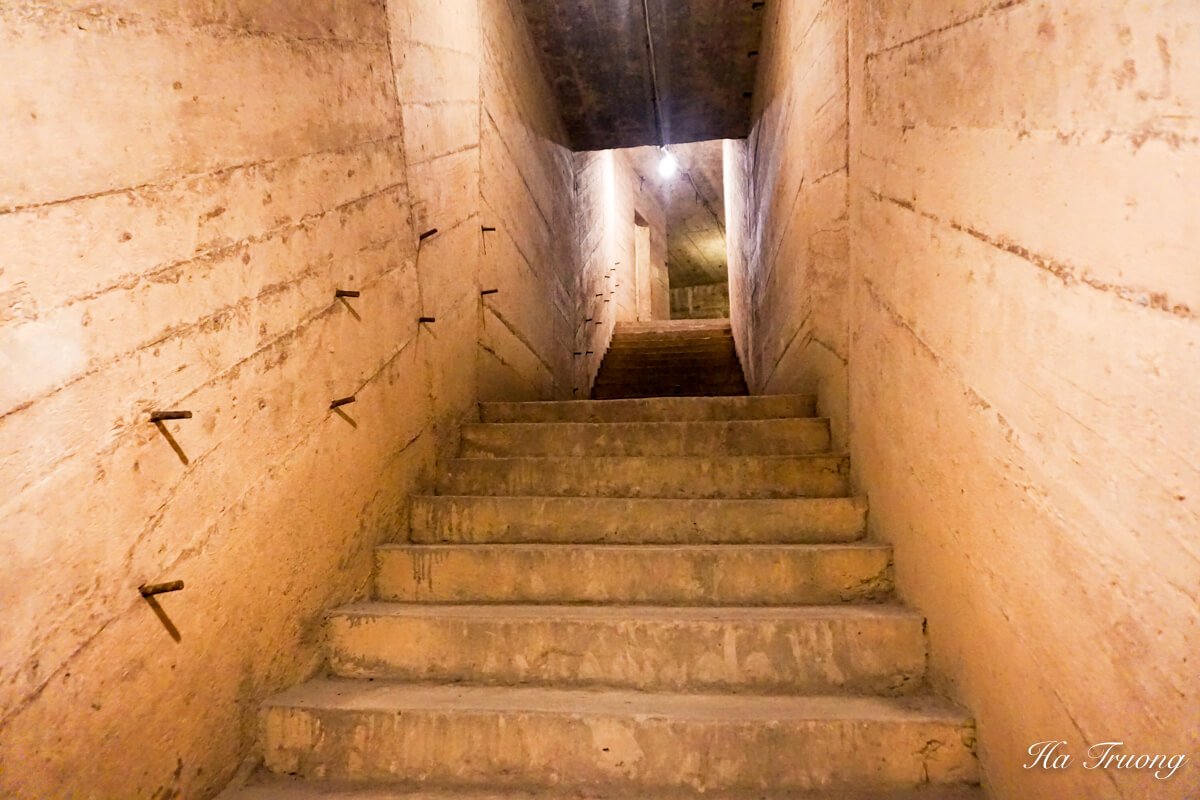 On the way to the 2nd floor, we went past the common toilet and water tank.

The arch of the second-floor cave was very high and airy. This floor was used for physical training, combat training, a movie theater, and a hospital hall.

Under the overhead lights, there was a ban sign for the 3rd floor, so we could not go there. 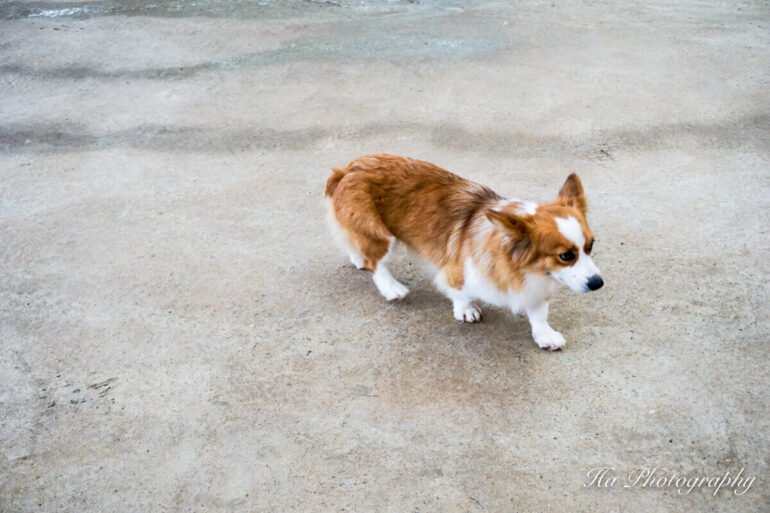 Located about 8km from the center of Da Lat City in the direction of the Golden Valley, Puppy farm is… 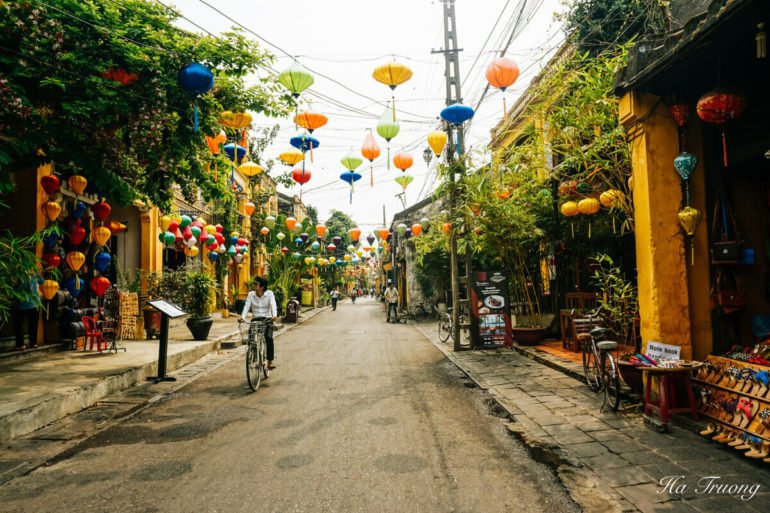 “Tet” is coming soon! For those who do not know what Tet is, it is the Vietnamese version of the… 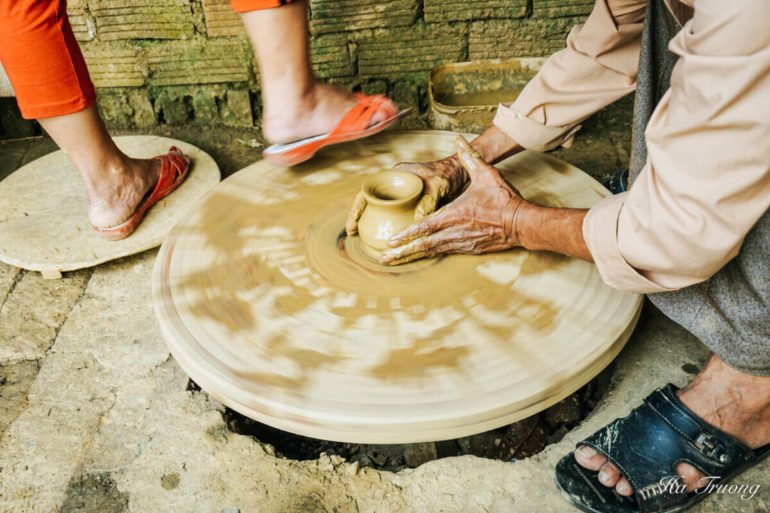 Hoi An ancient town is famous for its nostalgic beauty and the traditional craft villages. Arriving at Thanh Ha Pottery… 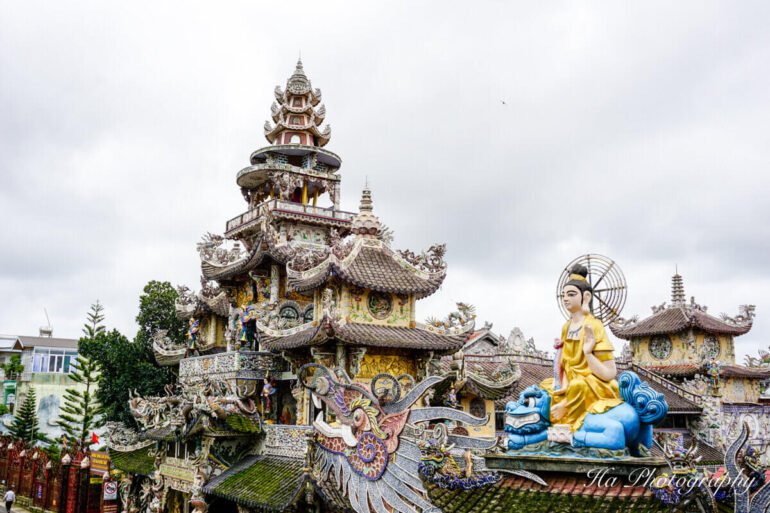 Linh Phuoc Pagoda in Da Lat is one of the most impressive architectural works we’ve ever visited in Vietnam. The… 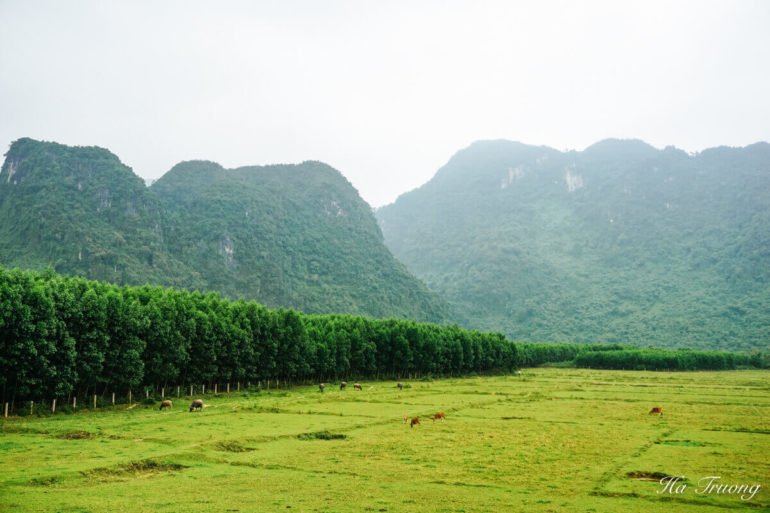 Recognized as a world natural heritage by UNESCO, Phong Nha Ke Bang is a natural landscape in Quang Binh that… 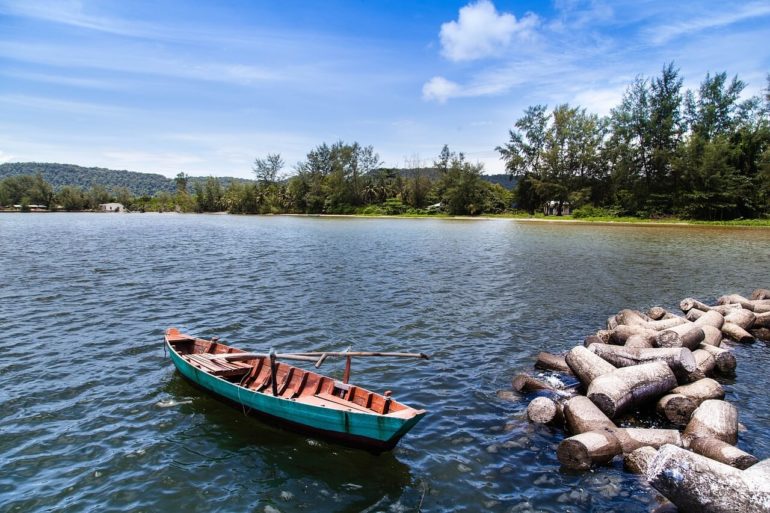 Phu Quoc is the largest island in Vietnam, famous for its beautiful sandy beaches. How to travel from Ho Chi Minh…