Bao Dai King Palace 1 is one of the most important landmarks in Da Lat, Vietnam. The palace has beautiful French architecture and rich history, charming every visitor.

In this travel guide, I’ll share useful information about Bao Dai King Palace 1 in Da Lat, including tips on how to get there, ticket prices, opening hours, the best things to see, and tips.

Bao Dai King Palace was once the living place of King Bao Dai, the last king of the Nguyen Dynasty – the last monarchy of Vietnam.

Although he has residences in many different provinces, he has most residences in Da Lat, including Palace 1, Palace 2, and Palace 3. In this article, we will explore the first one.

In 1940, a French millionaire named Robert Clément Bourgery built Palace 1. The palace has a total area of ​​about 60 hectares and became one of the most massive works of that time.

In 1949, King Bao Dai’s father-in-law contributed money for the king to buy back this mansion. From 1949 to 1955, this place was the Headquarters of King Bao Dai as the Head of State.

From 1956, this place was used exclusively for Ngo Dinh Diem, President of the Republic of Vietnam government.

During the years here, Ngo Dinh Diem has built many military works such as the helipad, escape tunnels, and workplaces for soldiers. Especially, he reinforced all doors to weigh up to several hundred kg, fitted with many cannons and bulletproof glass around.

After that, Palace 1 Dalat was still the resting place of former regime leaders until the liberation day in 1975. After that, the palace had many different uses, gradually deteriorating.

The weather in Da Lat is cool all year round, with temperatures ranging from 15 to 25 degrees Celsius. The city has two seasons: dry season and rainy season.

If you plan to visit Da Lat, it’s best to go in the dry season, from November to April. At this time, the weather is lovely and sunny, so it’s convenient for outdoor activities and sightseeing.

King Palace is one of the famous and long-standing architectural works in Da Lat. This place witnessed many ups and downs of Vietnamese history with the residency of Bao Dai and Ngo Dinh Diem.

Entering the palace, you will be impressed by the rows of Melaleuca trees reaching up to the sky.

Do you know these melaleuca trees are as old as that palace? The first owner planted them with the desire to recreate the romantic atmosphere of France. Between the two rows of trees is a bright white stone path.

Most of the palace is surrounded by immense green pine forests. You can freely walk around the forest, relax, and take beautiful photos.

The French initially built the palace, so it bears the typical imprints of French architecture.

From a distance, the mansion stands out with its yellow paint, green doorways, and bright red tiled roof. The yellow color is warm like the color of the sun, symbolizing the ancient kings.

Stepping inside, you will feel luxurious – where King Bao Dai lived a glorious but turbulent life. Throughout the room are objects containing great historical and artistic values. It is no exaggeration to say that Palace 1 Dalat is like a miniature museum.

On the first floor, the palace has a main hall for reception and two living rooms on either side of the building.

Continuing further to the back, you’ll see four rooms: office room, transition room, toilet, and kitchen. A little photo studio with a throne is at the end of the first floor.

Walking up the stairs, you’ll get to the second floor. Along the stairs are beautiful pictures of the past.

Until the administration of Ngo Dinh Diem, he planned a secret tunnel here. The tunnel entrance is disguised as a bookshelf to the right of the bed, leading to the helipad behind the hill.

How to get to Bao Dai King Palace 1

King Palace 1 is about 4 km southeast of Da Lat city center, so it’s easy to get there. You can rent a motorbike or hire a taxi on your trip.

Starting from the Da Lat market, head toward the Ho Xuan Huong roundabout. Next, turn left to Tran Quoc Toan street and Ho Tung Mau Street. Then, you turn to Tran Hung Dao Da Lat and go straight to the next roundabout. Finally, follow Hung Vuong street for about 1 km, and you will eventually reach King Palace 1.

The travel time is about 15-20 minutes. On rainy or foggy days, the road is difficult to drive. You can use Google maps, so it’s easier!

Places to visit in Da Lat

In addition to the Bao Dai King palace, Da Lat has several interesting places to visit. Here are my favorites: 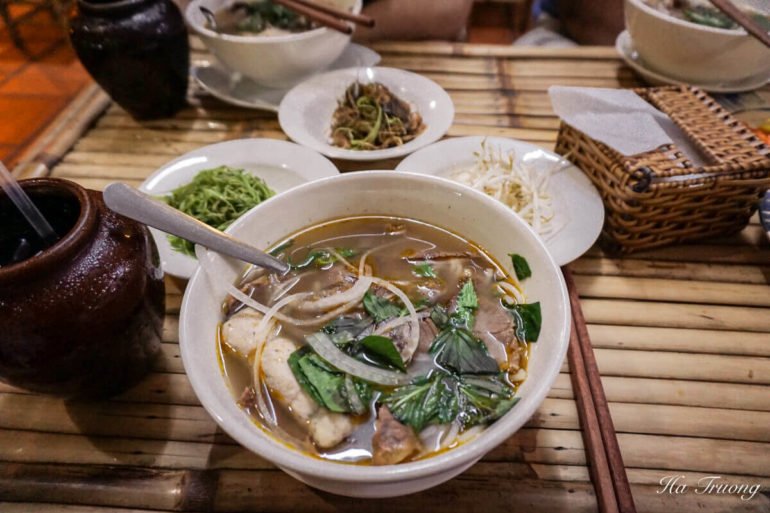 Ho Chi Minh City (Saigon) is famous for its food, but finding the best places is difficult because there are… 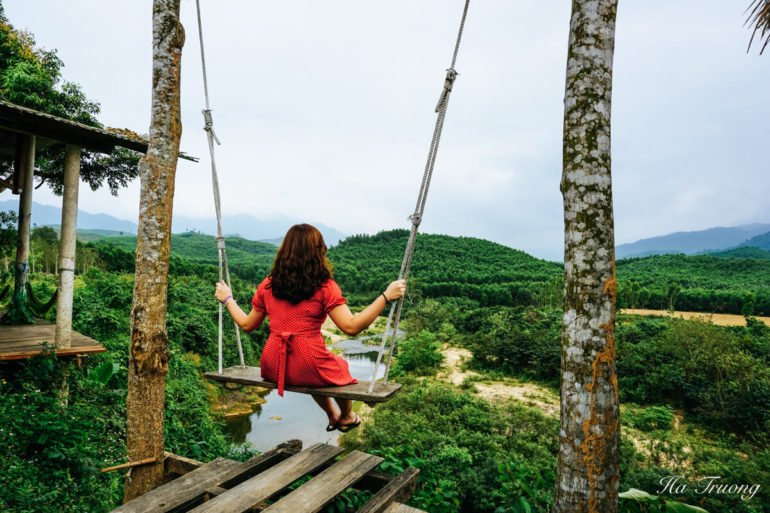 With a complex geographic structure formed hundreds of millions of years ago, which stands out as Son Doong – the… 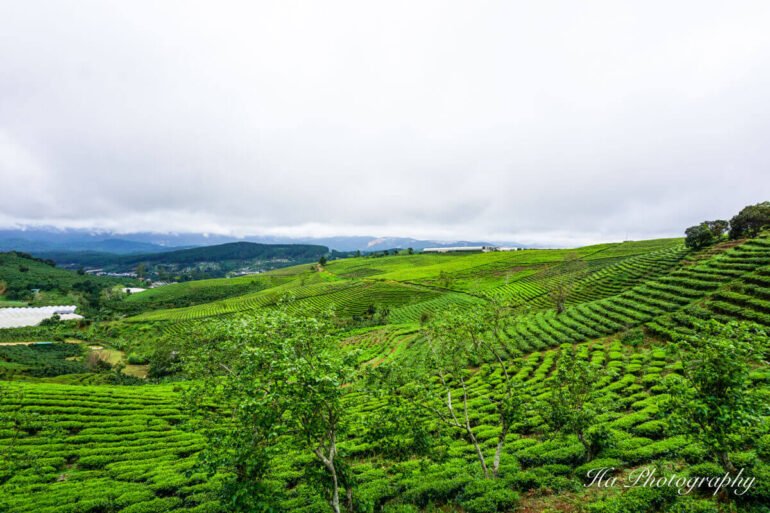 Ky Co beach in Quy Nhon province is dubbed as the Maldives of Vietnam. We visited Ky Co recently and… 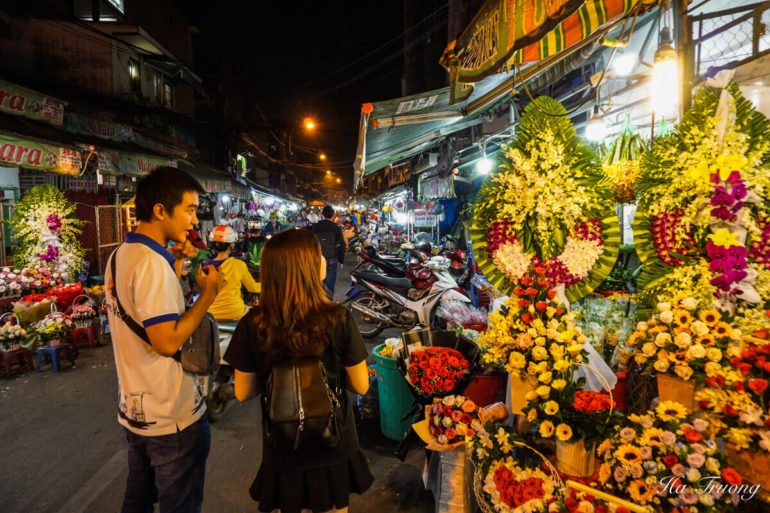 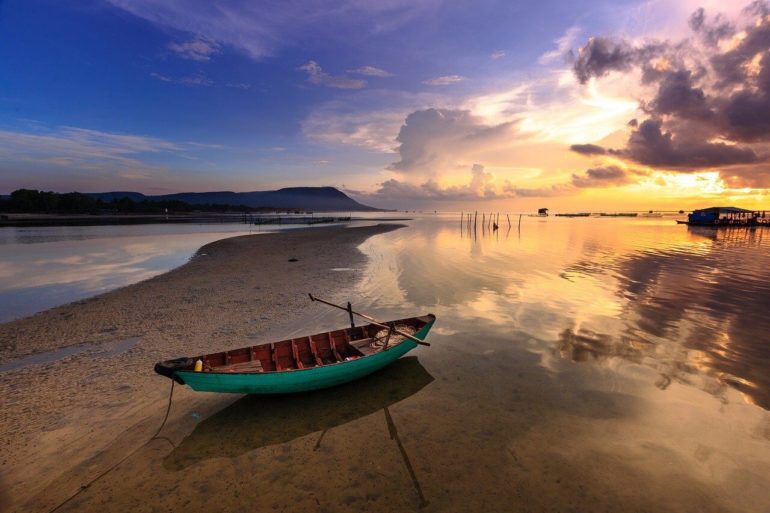