I visited this Castle on my trip to Osaka and had a great time exploring.

In this article, you can find my review and tips for your visit, including how to get there, admission fees, opening hours, things to see and do.

However, the Castle was destroyed by the Tokugawa army. Lord Tokugawa Hidetada rebuilt it in 1620, but the main tower was burned by lightning in 1665.

Osaka Castle was also renovated many times. Currently, the inside of the Castle is very modern, but the exterior architecture remains the traditional style.

You can take an elevator to go between the floors in Osaka Castle Keep. 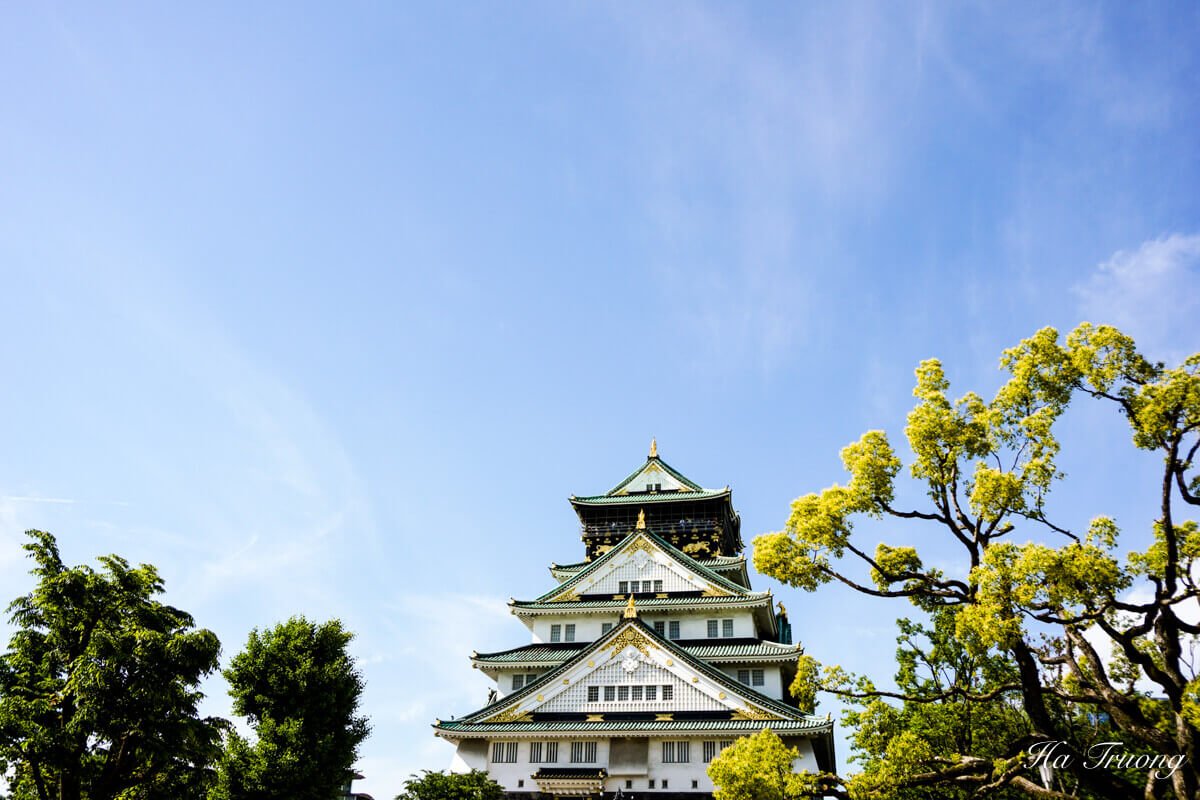 Best places to stay in Osaka

Where to stay in Osaka?

For accommodation in Osaka, I suggest staying close to the Osaka station or Osaka-Namba station if you’d like to take day trips to other cities such as Kyoto, Nara, and Kobe.

I stayed at a great budget hotel named Stay Osaka.

The location is very convenient as it’s close to the stations. Kuromon Market is just a 3-minute walk and a Dōtonbori entertainment district is just 10 minutes away.

The staff was friendly and the room was clean and tidy.

How to get to Osaka Castle?

There are two easiest option to get to Osaka Castle.

To get to Osaka Castle from Osaka station, you can take a train to Osakajokoen Station, which the last station of the Osaka Loop Line.

The travel time is about 10 minutes, and the ticket fee is 160 Yen.

Going to the tower of Osaka Castle

Another option is to get to Tanimachi Yonchome station, which is quite close to the main gate of Osaka Castle.

Also, Tanimachi Yonchome Station is close to the Osaka History Museum – one of the tourist attractions in Osaka. 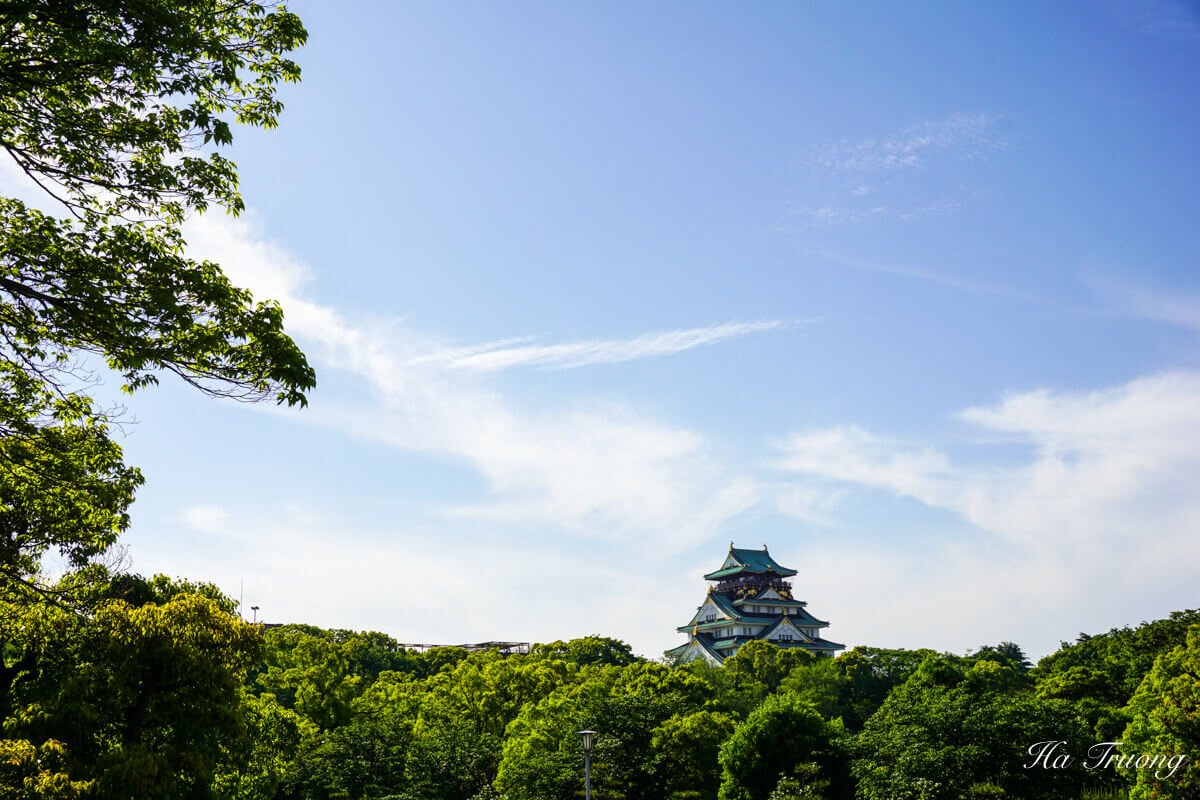 However, the visit time will be longer during the cherry blossom season, Golden Week, and the summer holidays.

The Castle is closed from December 28 to January 1.

The admission fee of Osaka Castle Keep is 600 Yen per adult, and free for everyone under junior high school age.

You can purchase tickets at the base of the Castle through ticket machines.

If you’d like to visit the Osaka History Museum, you should choose the 900 yen package ticket.

There is also a 2,000 yen package ticket, including visiting the Osaka castle tower and traveling by bus on water. 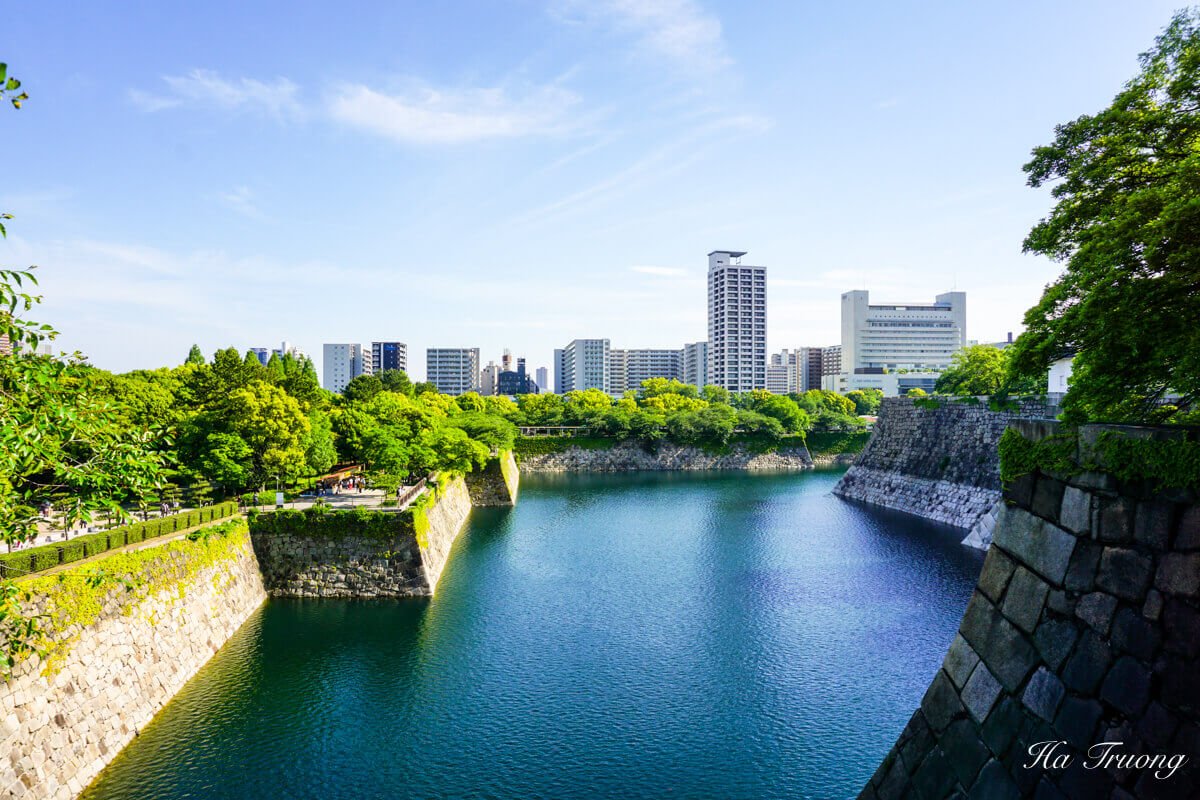 Things to see and do in Osaka Castle

Osaka Castle Park is one of the most beautiful parks that I’ve been to. This park is huge, including different areas such as Castle Keep, Nishinomaru Garden, and Osaka History Museum.

I followed the sign to Osaka Castle. It took about 15 minutes to walk to the wall. Along the way, I could see the wall protecting the castle and the pond.

I finally reached the Sakura-mon Gate. Located in the southern area, this is the main gate for visitors to enter the area inside Osaka Castle.

It was crowded on the day I visited, but everyone lined up so it was fast to go inside the castle. 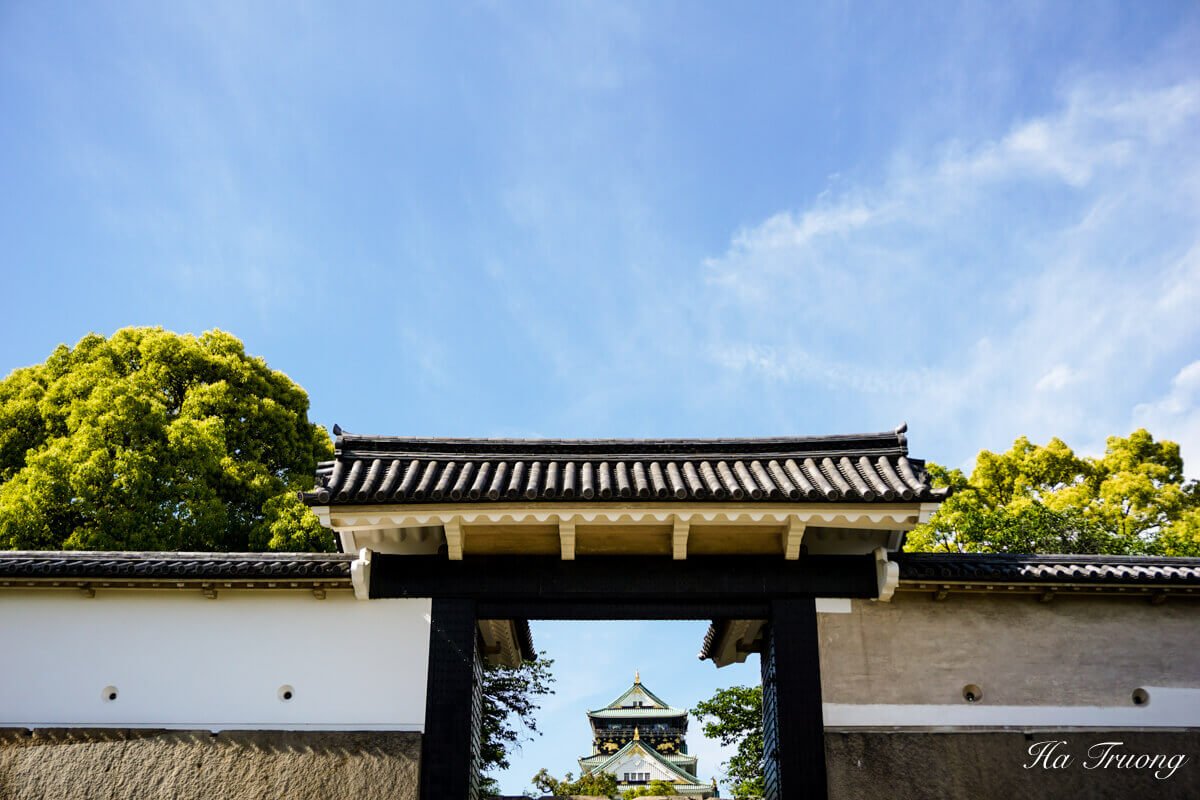 I then wandered around the area, took tons of photos. The temperature was nice and there were plenty of shades, so I bought ice-cream, sat down and enjoyed people-watching. 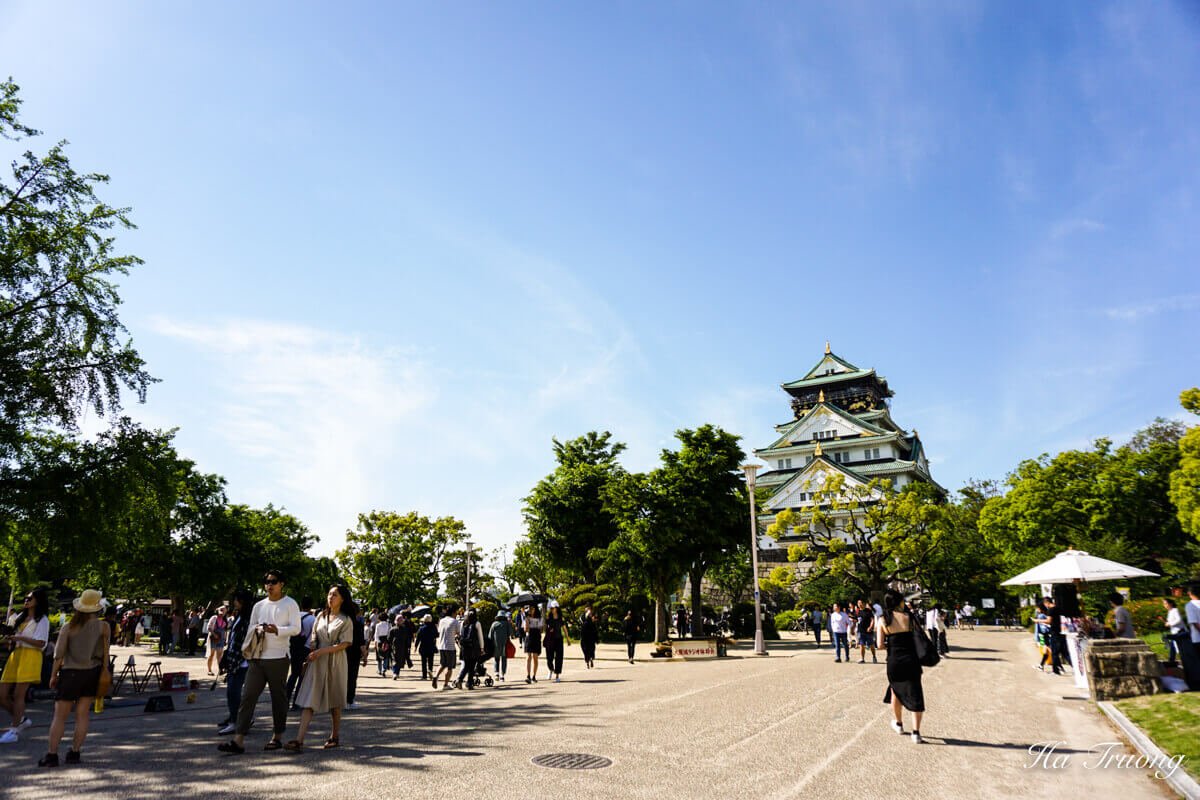 The Castle Keep was the busiest area, with many groups tried to take photos in front of it. After taking a few photos, I purchased a ticket and went inside.

The first to the seventh floor displays historical documents of the era of Toyotomi Hideyoshi – the person who built Osaka Castle.

Here, I found the model of restoring the Castle, weapons such as armor, swords, and miniature figures recreated the battle scene.

The 8th floor offered a fabulous panoramic view of the Castle and Osaka city. 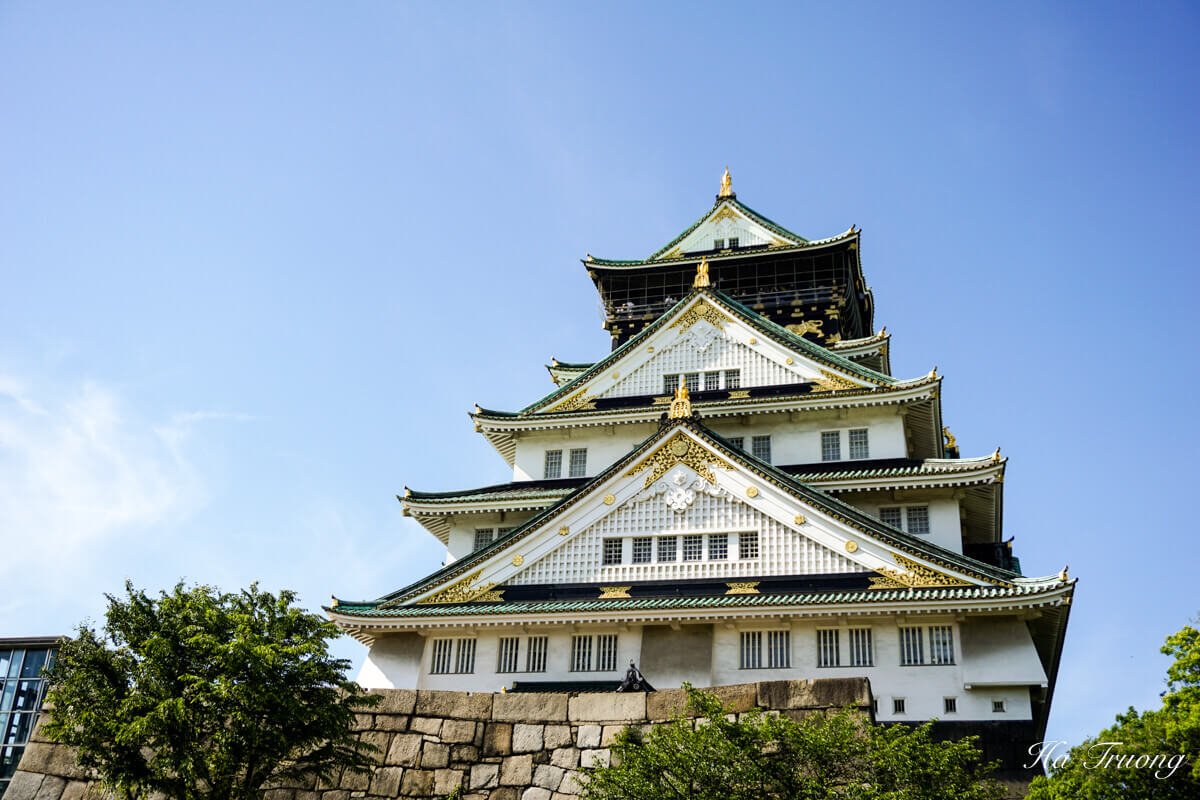 There is usually a long queue for the elevators, so you should take the lift to the 8th floor, then work your way down, stopping on each floor.

Next to Osaka Castle is the Miraiza shopping mall. The mall has a Ninja theme, so you can find the staff wearing ninja’s clothes.

Nishinomaru Garden is a fantastic place to admire the beautiful scenery of Osaka Castle in the distance.

Also, it’s a famous cherry blossom viewing spot with about 300 cherry trees and other flowers.

Nishinomaru Garden opens from 9 am to 5 pm with the latest entry at 16:30 from November to February.

The garden opens until 8 pm during the cherry blossom season. It’s closed on Mondays or the next day if Monday is a national holiday.

It costs 200 yen on most days and costs 350 yen during the opening hours for the cherry blossom season. 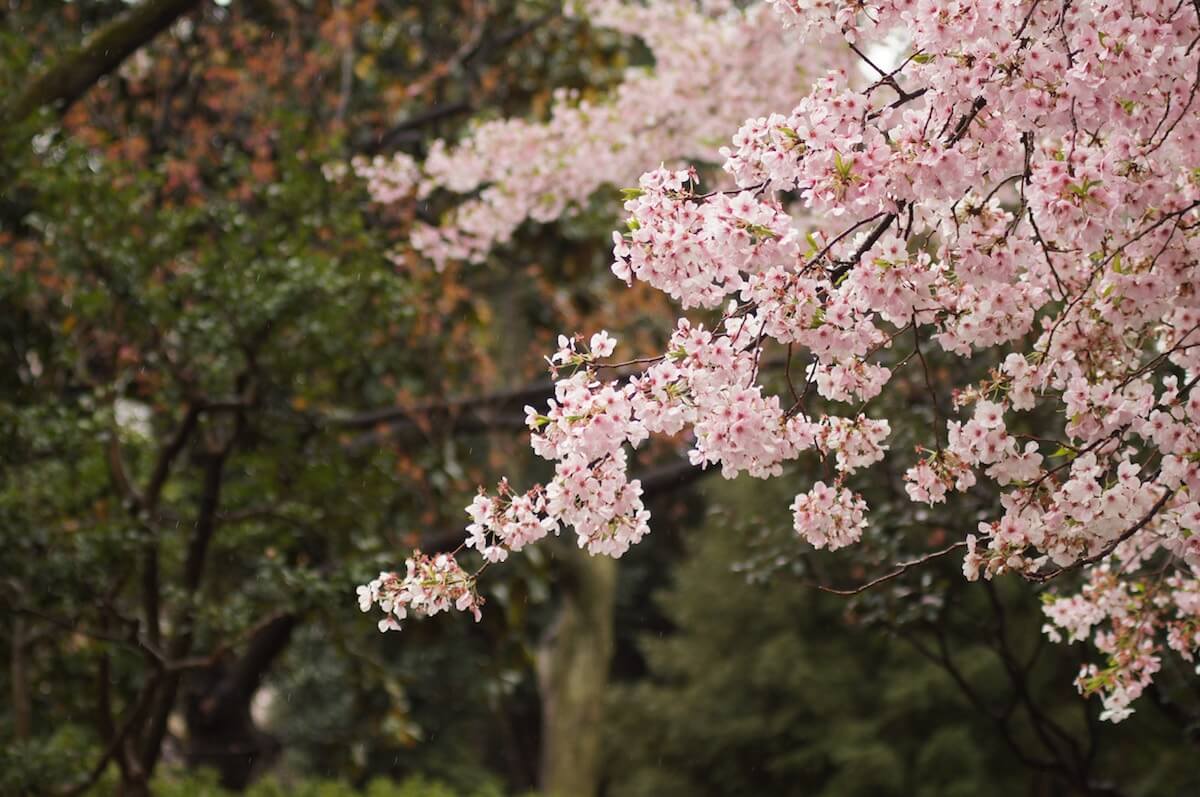 If you love history, don’t forget to visit Osaka History Museum. The combined ticket (900 Yen) will be useful in this case.

My Favorite Coffee Shops To Work In Da Lat Vietnam

8 Best Things To Do In Mui Ne Vietnam 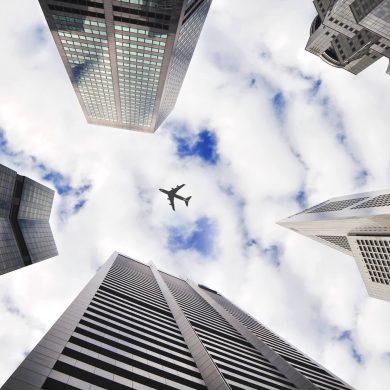 The BEST websites to find cheap flights
Do NOT follow this link or you will be banned from the site!