A visit to Milpolandawis a compulsory activity if you have a chance to visit Poland. Milk bars, or Bar Mleczny, were opened during the Communist era to provide cheap but nourishing food. Initially, Milk bars were opened to provide all people with affordable meals, which were subsidized by the state.

Now, milk bars have become one of the cultural experiences for any visitors to Poland. Having a meal at milk bars, you can enjoy a taste of Communist-era Polish cookery, and experience the warm feeling with the cafeteria-style. In this article, I will introduce two famous milk bars in Warsaw and Kraków:  Prasowy and Milkbar Tomasza.

Arrived at Warsaw Chopin Airport in the early morning of February, I was welcomed by heavy rain.

I decided to start my journey in the capital of Poland by stopping at a milk bar because it rained heavily outside. After checking carefully on the Internet, I decided to pay a visit to Prasowy.

Prasowy was one of the top milk bars that appeared in my search, along with lots of good reviews. It was also near my hostel, and easy to reach by bus from the airport. The location is good as it is near the center. Also, there is a park next to it, and you can just come by after eating.

Before entering the milk bar, I tried to learn some essential Polish words such as saying “Yes” and how to point at the food. However, the waitress could understand English, so it was easy to order food.

I found the design of Prasowy adorable and friendly. It has some cool words and decoration on the wall.

Entering the door, I found some pink tables on the right and blue chairs with white table on the left. The place was clean with cafeteria-style, and of course, with the irresistible food aroma. 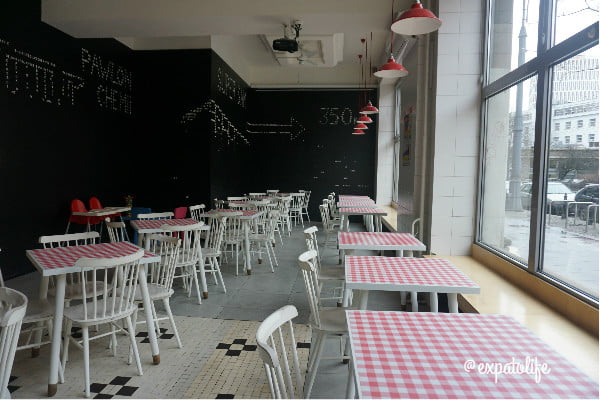 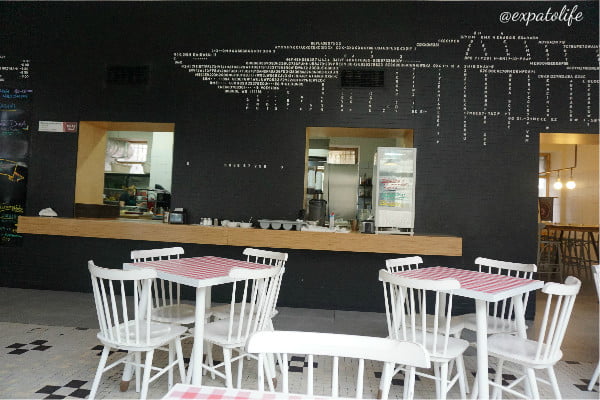 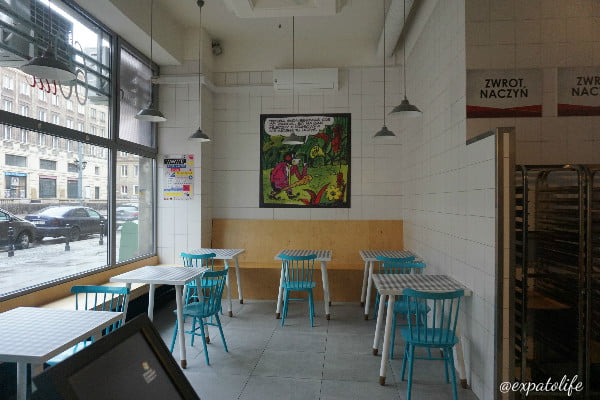 The menu is in Polish, but you can ask the waitress to help you to translate. There is an A4 paper menu, and a menu on the wall as well.

Prasowy serves a breakfast menu with scrambled eggs and bun. However, I chose to try a meat dish with rice and vegetable instead.

After paying at the cashier, I received a receipt and waited in the middle of the restaurant to receive my food.

The portion came bigger than I expected for the low price (17 Zolty for all). It also tasted delicious and gave me a “home-made” feeling. 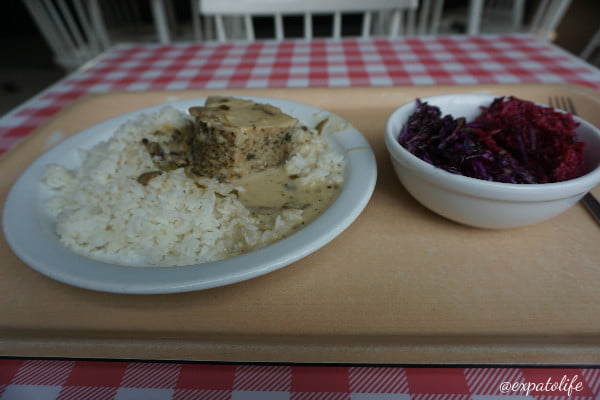 Although feeling full already after the main dish, I wanted to try the dessert and drink there because they were incredibly cheap!

I just came to the cashier, pointed at the dessert because I did not know the name. And yes, here they are! 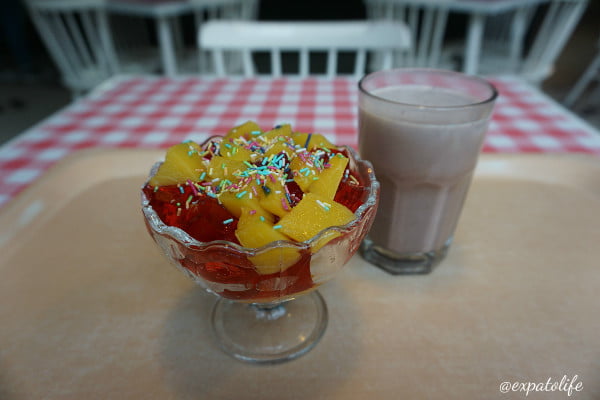 With a good location and cheap but delicious food, Prasowy should be on your checklist during your visit in Warsaw.

As a budget traveler, I think it’s the best way to experience the culture and enjoy delicious but cheap food is to eat at milk bars.

Milkbar Tomasza was on my list after reading a useful review and also the location. It is located in Old Town, so you can stop by if you are around there. 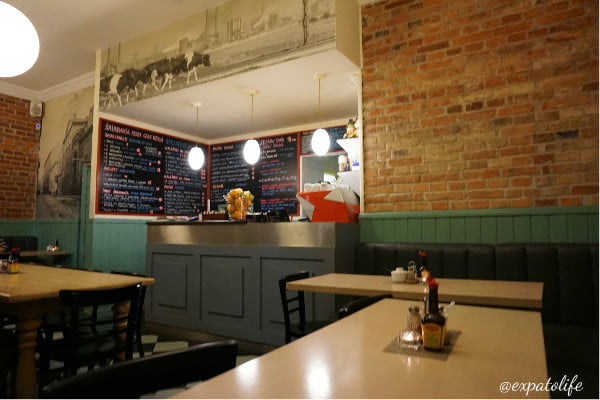 Milkbar Tomasza has a modern design, with a compact size of a small restaurant. I feel that it’s newer and more modern compared to Prasowy Milk bar in Warsaw.

Milkbar Tomasza has an English menu, and the staff can speak English fluently, so there will be no problem in choosing and ordering the food.

I chose the dish of the day on the menu because it seems more economical than choosing separately.

Different from Prasowy, in Milkbar Tomasza, you will be served at the table after ordering food.

The food came with a good portion, and it’s delicious as well.

I received my soup first and then the main dish. 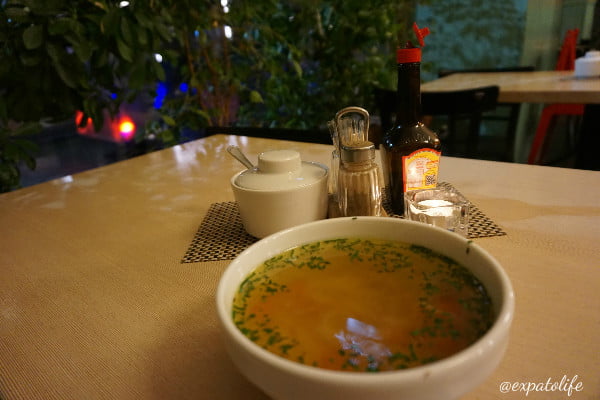 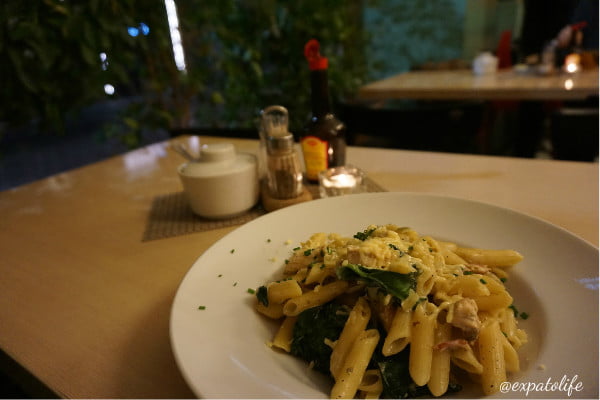 Modern style restaurant, good location, affordable and delicious food, Milkbar Tomasza is a perfect choice to get a good meal in Kraków.

I visited there in the evening, but I heard that it served an excellent breakfast menu as well. So let’s give it a try!

Eating at milk bars, I could enjoy the cultural experience by eating like locals and exploring dishes from Communist-era time.

Although the dishes are mainly simple, they are delicious and worth trying.

Prasowy has a different style compared to Milkbar Tomasza. In Prasowy, I could feel the “old-time” and cafeteria way by self-service, while Milkbar Tomasza brings me more modern style and well-advanced.

Each place has different atmospheres as well as various dishes, so pay a visit to each will fulfill your trip to Poland.

How To Ride A Sleeper Bus In Vietnam Safely 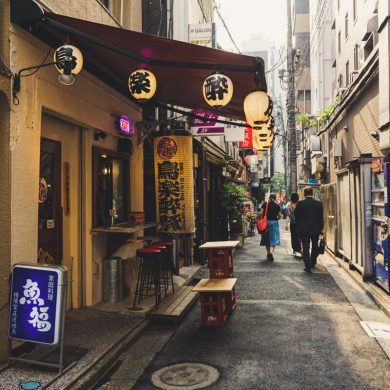