What is it like to live in San Diego, California?

In this Expat Interview, Michael will tell us about his expat life in San Diego. He discussed his moving procedures, the cost of living in San Diego, things to do in this city, and more.

San Diego is a city on California’s Pacific coast and is mainly known for its warm climate and beaches.

Also, the city offers different beautiful parks and a big choice of museums.

Its location near the Mexican border combines both the American and the Mexican culture like no other city in the world. Often San Diego is called “America’s finest city” due to its fantastic weather.

1. When did you start to live in San Diego?

In September 2016, I moved to sunny California.

It was my first big adventure outside of my country, and it definitely took me some time to make the decision. I lived there for roughly three months.

2. Why did you choose to live in San Diego?

As I wanted to improve my English while enjoying a great lifestyle with many possibilities to explore the region, I had a lot of choices, such as New Zealand, Australia, Canada, or California.

In the end, some suggestions from good friends and especially my gut feeling were responsible for that decision.

3. How to prepare for moving to San Diego?

I am not a person who plans everything perfectly.

To be honest, I did not plan a lot. I booked the accommodation and my language school. Not more.

However, I was quite curious how it would be there and read many travel reports beforehand to know the coolest spots to see.

4. Cost of living in San Diego

This highly depends on where you exactly stay and what kind of comfort you need.

I personally lived in Little Italy, which is pretty close to the center. As I lived in a student apartment, it cost me around 1’000$ per month.

If you live further outside or decide to have more comfort, the price can vary tremendously.

The same applies to food.

If you plan to eat delicious food in restaurants, you will need a lot of money: Definitely more than 1’000$.

There are different great supermarkets to find cheap food. I can recommend Ralph’s, which is located in the city center.

Transportation in San Diego is quite affordable.

For most distances, I was able to walk or use a bus. However, I highly recommend adding “Uber” for your choice of transport.

For example, a ride from the city center to the beach was not even 10$. Especially if you split the price with friends, it’s a bargain sometimes.

I personally didn’t need more than 100$ per month for my transportation.

Surely this point depends on what you exactly need.

Of course, you will need a mobile data contract. I had a rather expensive one (about 60$), which provided unlimited data usage in the United States and Mexico.

5. Did you experience any difficulties when moving to San Diego?

Sure! The United States is extremely large compared to Switzerland, and I had to adapt to that in my first days.

Surprisingly I adjusted myself rather quickly and felt comfortable after a short time.

It was certainly in my favor that I didn’t suffer a huge cultural gap.

What shocked me was the huge accumulation of homeless people in the city. It made me really sad, and sometimes I felt kind of sad when I walked past them.

I really hope that the United States can change that problem in the future.

6. How about discrimination in San Diego?

Most of the Americans I met in San Diego were friendly and courteous.

They are very communicative and love to tell you their whole life story – even if you are waiting at the bus station.

You hear a lot about discrimination in the United States, especially against Afro-Americans – though I never observed it with my own eyes.

Honestly, San Diego has so much to offer!

It’s called “America’s finest city,” and I totally agree with that. There are several amazing beaches that you can visit the whole year.

Combined with the great bars and some exceptional viewpoints, you love San Diego. It’s not the biggest city but has its own charm and vibrancy.

8. Are there any bad things about San Diego that you don’t like?

As I already mentioned, I didn’t like the situation with the homeless people at all.

Sure we tried to support them from time to time with food, but it doesn’t change the overall situation that is really concerning.

Other than that, you have to be very picky to find something bad about San Diego.

9. What are your favorite things to do in San Diego?

There were some activities I repeated over and over.

Additionally, I really appreciated the Gaslamp Quarter (downtown), where we experienced some unforgettable nights.

Furthermore, I didn’t mention my favorite place yet: Tijuana. The Mexican city is just a short bus ride away and amazing for a day trip, even better for the parties at the weekend.

In my opinion, even better than in Las Vegas. You can also find what to do in San Diego, California.

10. Where do you recommend visiting in San Diego?

Other than that I recommend everybody to visit La Jolla, where you can see seals chilling at the beach.

Secondly, you have to see the Sunset Cliffs and Adobe Falls.

The latter is a hidden waterfall with a lot of graffitis on the stones next to it. Usually, only locals go there as it is not allowed to enter the property.

Admittedly it’s worth the risk!

11. Is it easy to make new friends in San Diego?

To find friends shouldn’t be a problem at all in San Diego!

Americans love to connect, and it’s easy to find a connection with them. My favorite places to do so: Sports games, bars, and especially country line dance clubs.

12. Do you hang out with locals or foreigners mostly?

Because I visited a language school, most of my friends were foreigners from Europe, Brazil, Asia, or other countries.

However, I also made many friends from the United States and Mexico. Usually, I went out with my friends, and we met Americans there.

One night I discussed with a group of Americans in a bar about politics, and the next day, they invited me to their party. If you like to connect with people, you will love California!

13. Where is your favorite place in San Diego?

My favorite place to go out was McFadden. It is a half bar, half club and located in the heart of the city. Famous for its “Thirsty Thursday,” you can get beer for 1$ and enjoy a fantastic time.

Another hidden gem is the “In Cahoots,” where they practice line dance and offer extremely cheap drinks on Tuesday. Definitely worth a visit, especially if you love to hang out with locals.

Other than that, it’s always a good idea to stay at the beach or in a sports bar where Americans like to watch football games on Sunday.

One of my friends and I planned to do a skydive in San Diego, and we also wanted another friend of ours to join. But he was afraid of heights and didn’t like our idea.

So we needed some help from Mexico: Tequila. After some shots, our friend wasn’t that reluctant anymore, and we just booked our skydive – with him.

The next day he thought that it was just a bad dream. It wasn’t. Only three days later, we all jumped out of a plane – an unforgettable memory.

15. Did you change your perspective after living here?

When I first arrived there, I didn’t know what I could expect.

Still, my expectations were quite high, and to be honest, San Diego excelled at them! The city became my second home, and I love almost everything about it.

16. What are your advice and tips for moving/ living in San Diego?

My honest advice is: Go for it!

If you have some financial reserves, there is nothing to worry about this step, and I can recommend moving to San Diego.

There is only one tip: Be open and enjoy the Californian lifestyle. You will find out rapidly if it’s for you.

17. What have you learned from living abroad?

I experienced another view of the world, but I also developed my character and think that it helped me grow to what I am today.

In San Diego, I met a lot of amazing friends all around the world and decided to start on Instagram and my travel blog.

No matter where – I recommend everybody to live abroad for at least some months to enjoy life and maybe find new paths that will change your life forever.

I love to be in nature and capture special moments, and today, I will tell you more about my three months in San Diego, California. 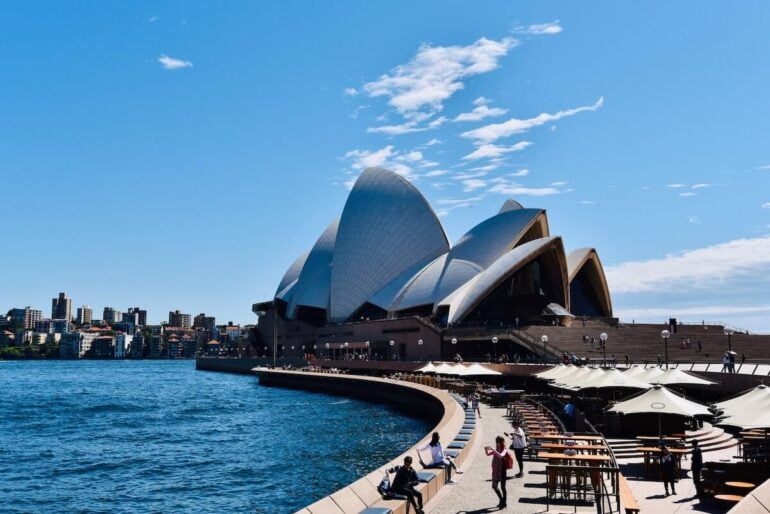 Are you planning to move to Sydney? What is it like to live in Australia? In this Expat Interview, Catrina shares… 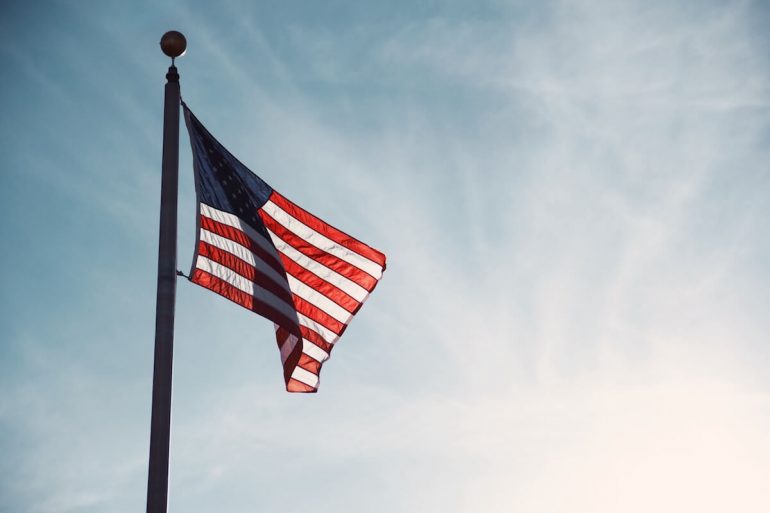 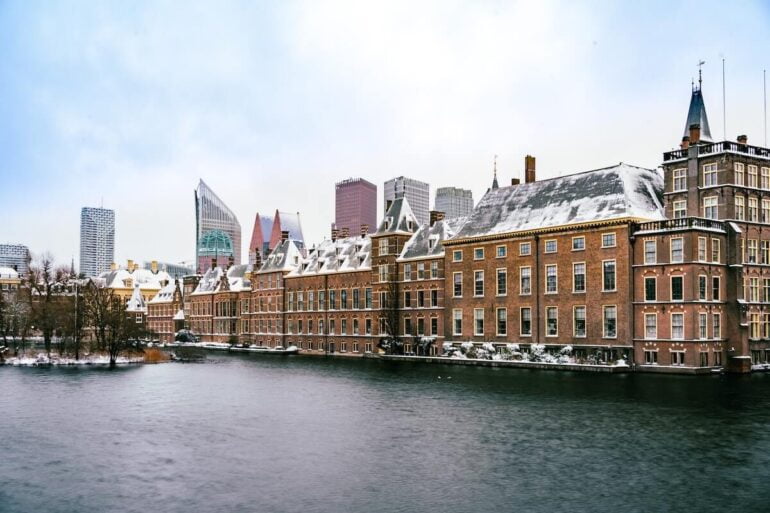 Are you planning to move to The Hague? What is it like to live in the Netherlands? In this Expat Interview,… 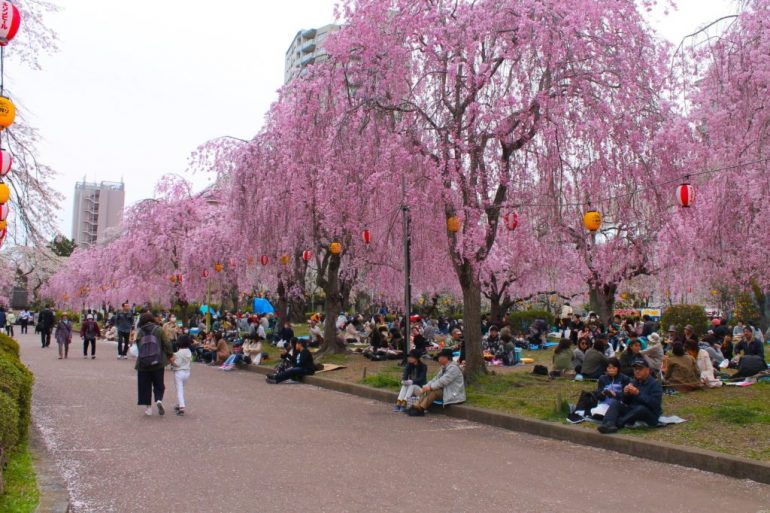 What is it like to live in Sendai, Japan? In this Expat Interview, Viola shares her experience of moving to… 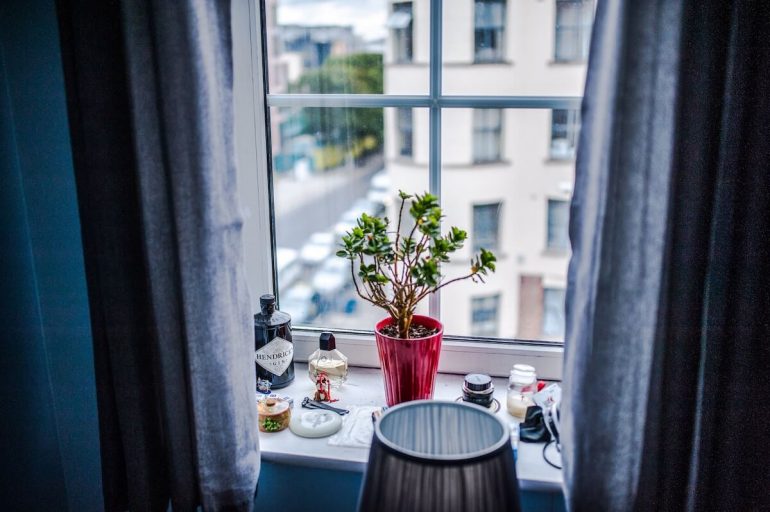 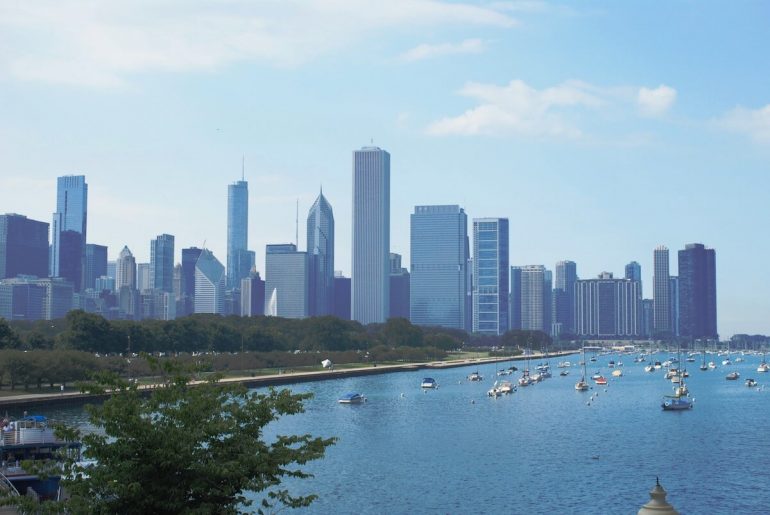 Are you thinking about living in Chicago? In this Expat Interview, Federica shares her expat life in Chicago, United States. She…