Is Prague a great place to live as an expat?

In this Expat Interview, Caitlin will share what it’s like to live in Prague, the Czech Republic as an expat. She shares useful information such as the cost of living, how to move to Prague, where to visit, good and bad things about Prague, and more.

Also, you can know Caitlin’s experience and understand why Caitlin didn’t like to live in Prague.

Prague is the capital and largest city of the Czech Republic (now known as Czechia).

It is centrally located in Europe and is only a short journey away from many other beautiful spots. It’s a beautiful city which straddles the Vltava river.

Prague is home to some of Europe’s most exquisite architecture, including what is widely considered the most beautiful bridge in Europe, Charles Bridge.

The cobblestone streets provide a beautiful backdrop for any tourist, but when choosing it as a place to live, whether to work or to study, there is more to it that you must take into consideration.

Why did you choose to live in Prague?

I ended up living in Prague solely for the visa. It was never really on my radar as a place to live. I’d been previously as a tourist, but that was it.

What was your moving procedure?

The first move I made wasn’t utterly independent as I had a boyfriend along for the ride. He’s Spanish, and I’m American, so finding a country we could work and live in legally was a challenge.

The Czech Republic turned out to be our answer. He didn’t need a visa, and I could get the trade license, which is relatively straightforward and doesn’t need sponsorship.

How did you prepare to move to Prague?

Unlike some other moves I’ve made, I had a job almost entirely lined up before I arrived.

I applied and interviewed for a few jobs before I arrived, and I was offered one in Liberec, a much smaller city in the north of the Czech Republic.

Because of its size, we decided it was better to stick with Prague so my boyfriend would have better work prospects as he doesn’t speak Czech, so he relied on the tourist industry for work.

We arranged an Airbnb for our first few nights and planned to apartment hunt as soon as we arrived. I had my final interview arranged for the first day or two. I was in town, as did my boyfriend. We prepared well.

I also had started the process on my visa and was in touch with the woman (her contact is something I’d be happy to share one-on-one with someone) who would help.

I was already well into my 90-day tourist visa, so I needed to get the ball rolling as soon as possible.

How to deal with culture shock in Prague, Czech Republic?

I don’t think it’s a culture shock as the culture isn’t that different than America. But I did struggle with some things, namely, the cold, dark, wet winters. Brrr.

Did you experience discrimination in Prague?

I don’t know if I’d call it discrimination but definite unfriendliness. The Czechs are not known for their warmth, and it’s sadly very evident just how cool they are once you start living there.

I remember walking into a little tabac with my boyfriend, looking to buy a bus ticket, and before we’d opened our mouths, the woman behind the counter just looked at us and shouted ‘no.’

It was hard to have this happen in our first days, especially when we fell in love with our new home.

How to overcome difficulties when living in Prague?

Yes. I quickly learned that Prague’s English teaching world was very different from what I’d previously been exposed to in Sydney and Vietnam.

It was oversaturated, and most of the teachers were under-qualified with only online TEFL and no teaching experience to speak.

So, I realized that I would end up being overworked and underpaid. I was there in the first few weeks, and I quickly started applying for more interviews.

I cut down on the hours I worked for James Cook, the company I’d initially been interviewed with, and started advertising for private students through a few online sites.

I liked its architecture.

There’s no doubt that Prague is a beautiful city. It has an astronomical clock, an old town square, a castle, and churches.

It did a fantastic job of staying intact throughout Europe’s horrible history, and all these impressive structures are still here for us to see today.

What are the bad things about Prague?

The cold! And the fact that wine is so expensive. I gained a few pounds from all the beer I drank!

Prague is a pretty expensive city to live in. It’s cheap if you’re coming with a dollar or a euro, but to live, the cost is high, as I’ve outlined below.

What are your favorite things to do in Prague?

My favorite thing to do in Prague is to escape it. I love the outskirts.

There’s a little village to the south, technically still in Prague, called Radotin. It’s along the train line, just 8 minutes from the city, and it’s adorable.

The river runs right through it. It’s calm, green, and quiet. It’s a beautiful spot to escape the noise and business of city life. I love to grab a beer and sit by the river down there, especially when the sun is shining.

Where are the best places to visit in Prague?

I had a friend visit earlier this year, and we did a few of the standard things, old town and the castle, but I also took her to Letna Park, which is excellent for a warm day and a picnic but has stunning views year long.

My second go-to spot is Namesti Miru, which is just a small square, but it has a beautiful church, which I love staring at both inside and out.

The cost of living in Prague, Czech Republic

Like I mentioned earlier, it’s not cheap. It’s costly. The currency is Crowns, but I will convert everything to USD to make it easier to understand.

The rent of a one-bedroom apartment costs $630/month (this is the kicker-the market in Prague is very much a landlord’s market, the prices are high and nearly impossible to survive with this example, what my boyfriend and I paid is very low.)

A year’s transport ticket good for tram, train, metro, and bus costs $165 (this is the best deal in town!)

Is it easy to make friends in Prague?

I struggled so much with this in Prague.

I have to admit that I was spoiled in some of my previous homes with a readily available group of super fabulous people the moment I arrived, and that didn’t happen to me in Prague.

Because my job was not in one place, I ran from office to office all day long, teaching lessons at different locations. So, I didn’t get to know my ‘colleagues’ at all.

Often when you move to a new place, work is your first port of call for new drinking buddies. I had to look elsewhere. I went on many friend dates. People I connected with on Facebook. Some clicked, others didn’t.

I struggled, and it was difficult not to have a great support system in the city.

I was lucky that I had my boyfriend, but I wonder if that was also why I didn’t end up with lots of friends, I didn’t need them. I had him.

Do you hang out with the locals or foreigners?

Foreigners. I met up with a few Czech women, and some were o.k., but none of them were interested in follow-ups (was it me!?), and the ones were tough to get close to.

Where is your favorite place to meet friends in Prague?

Prague just changed its smoking laws this spring, so all the bars and restaurants were smoky and awful last winter. I hate that. So, I chose the cafes.

There’s a little chain called Cross Café. I drink chai lattes, and theirs are my favorite! Plus, they leave you alone for as long as you want to stay there. And no smoking!

Now that there’s no smoking, I’d rediscover more bars and restaurants where I wouldn’t end up reeking of smoke!

Are you in an expat group in Prague?

I went to a few events. I can’t remember exactly which organizations they were through, but all were different things I found on Facebook just searching the activities there.

Nothing clicked through, and I felt a bit awkward going to them, in all honesty.

A memorable event in Prague

It’s hard to pick out one memory, but many of my memories revolve around the trams. They are just everywhere. We lived above a tram line (DON’T DO THAT!), so we heard them running all night long.

The trams are an excellent form of transportation when they work well, but if they’re stuck, you’re screwed!

Did you change your perspective about Prague after living here?

Yes. Sadly, it went from positive to negative.

I feel so bad about it, but people have reminded me that it’s o.k. not to like a place. I LOVE SO MANY PLACES IN THE WORLD! But after living there, Prague simple isn’t one of them.

What is your advice for living or moving to Prague?

Do your research. I think if you make a good salary and you’re not struggling days to days, you’ll enjoy it much more than I did.

So, look at the cost of everything as compared to your salary. Will you have enough to enjoy your life?

Also, be ready for the winter. It’s not only cold but dark and damp. Also, skiing or other outdoor sports will take some getting to, and the wilderness is not at your doorstep.

If you’re content to sit inside and drink beer for a good chunk of the year, then you’ll be happy in Prague. If not, I can’t recommend it.

I’ve learned so much from living abroad. Before Prague, I lived in Ireland, Morocco, Vietnam, and Australia. Everywhere has its good and bad things. I’ve learned to be open-minded and accepting.

I’ve learned heaps about myself, really, and I’ve learned how much I’m capable of more than anything else, and I think that’s an invaluable life lesson.

Caitlin grew up in the countryside of Vermont, USA, before heading off to college in Maryland. Since then, she’s earned her CELTA to teach English as a second language and, with that, has lived and worked in Ireland, Morocco, Vietnam, Australia, and the Czech Republic.

She became an expat in 2011 and has never looked back. Caitlin loves riding horses and is a lover of all animals. She loves photography, though she’s still learning.

She loves hiking, yoga, the countryside and the city, knitting, and writing, which she does on her blog at Countryjumperblog. 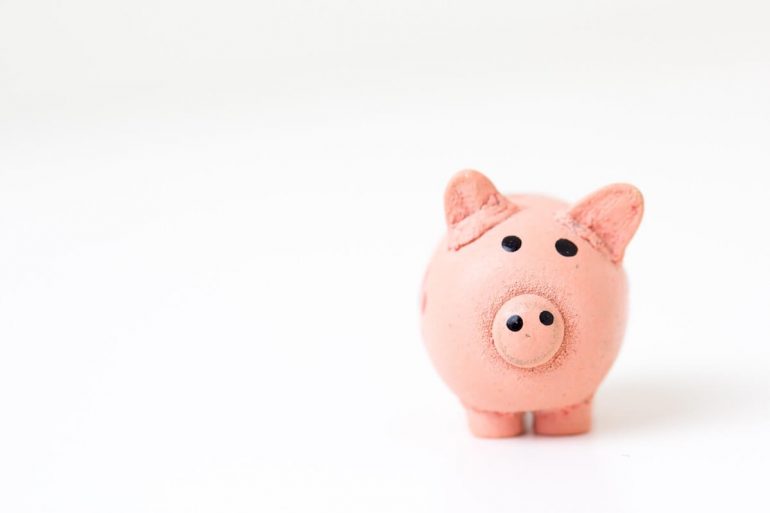 Housing scams in Copenhagen have become a significant issue, especially with expats who live in this city. In this article,… 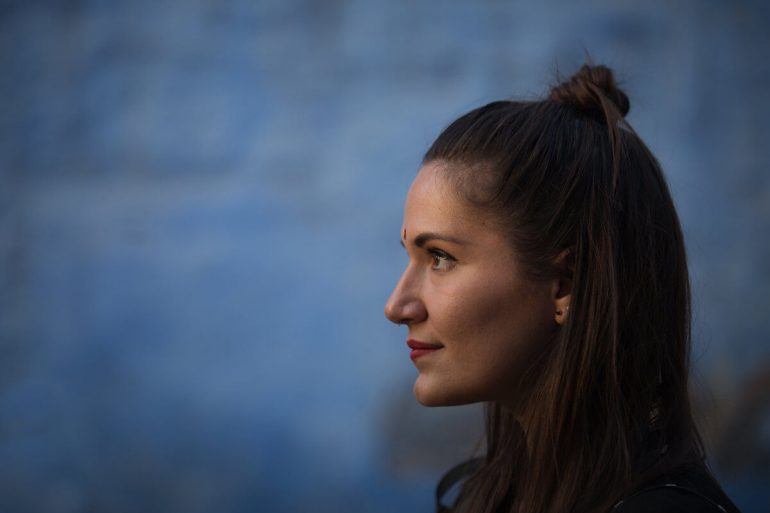 What’s it like to live in India as an expat? In this Expat Interview, Lola shares her expat life in… 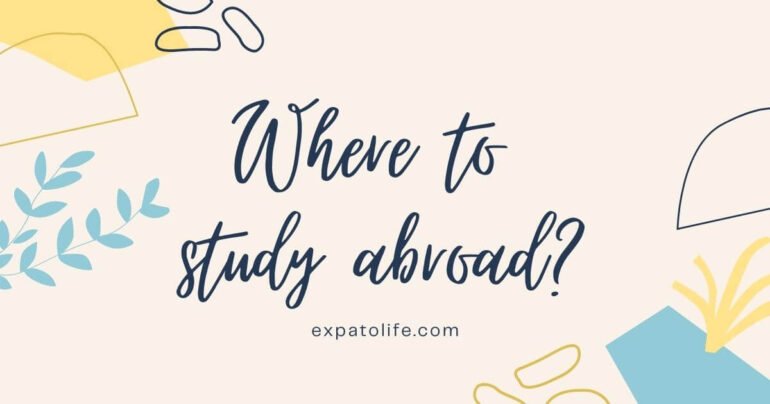 Where to study abroad?  Studying abroad is a once-a-life-time experience, and picking the right destination is key to making the… 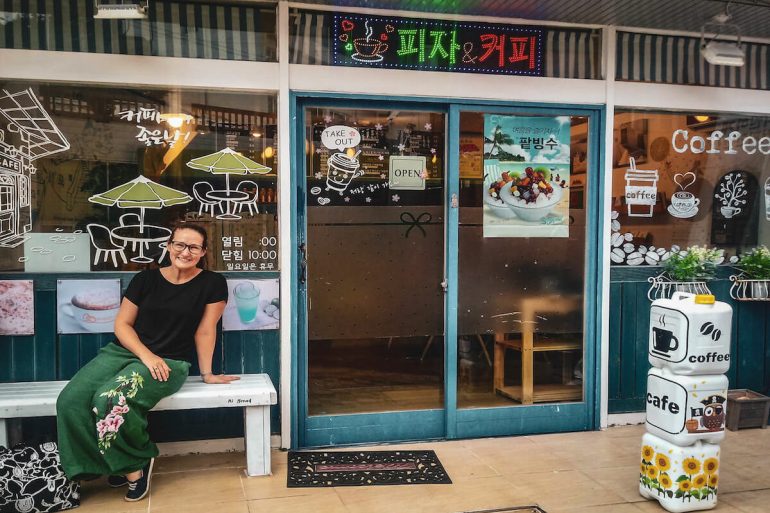 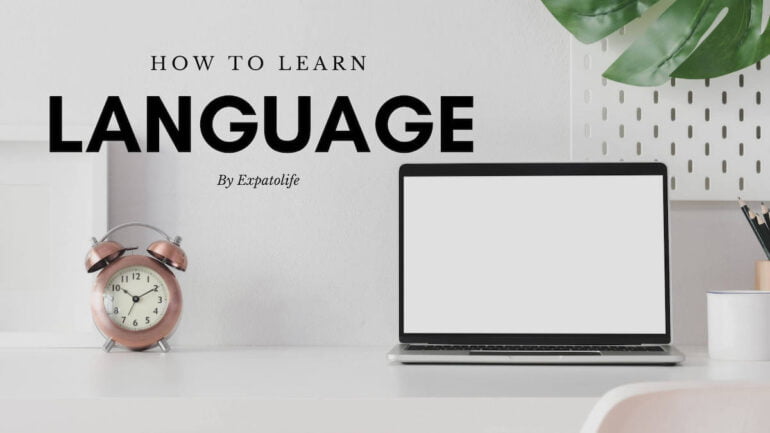 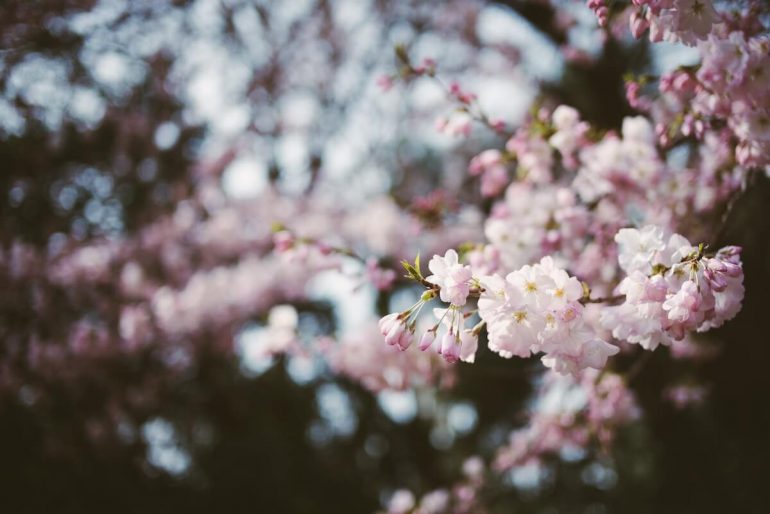 Tokyo, the capital and the heart of Japan, is ranked as the 11th most expensive city for expatriates. Is Tokyo…