Are you thinking about living in Gwangju, South Korea as an expat?

In this Expat Interview, Lianne shares her moving procedure, good and bad things about Gwangju, where to visit in Gwangju, the cost of living in Gwangju, and more!

Gwangju, Korea’s sixth-largest city, is located in the country’s southwest province, about a three-hour bus ride from Seoul.

Though the city doesn’t draw as many tourists as Seoul and Busan, Gwangju is a pleasant place to live that isn’t too big of a town, nor is it rural.

There is truly something for everyone – a thriving art scene, a foodie’s paradise, mountains and valleys for outdoor lovers, a growing international community, sports, and an interesting history.

Also known as the City of Light, Gwangju is known to have one of the friendliest expat communities with clubs and events that make it easy to make friends.

1. Would you please tell us a bit about yourself?

My name is Lianne. I was born in Korea but adopted by an American family when I was a baby.

In 2012, I moved to Korea to experience life abroad and reunite and foster relationships with my birth family.

I taught English in Gwangju for three years and have since lived in Australia and Japan and backpacked through Asia for the past two years after leaving Korea.

2. What was your moving procedure?

I first visited the motherland, Korea, after graduating from university in 2010.

During my month there, I met many English teachers and learned about the world of expat life, and it sparked my interest to go overseas to teach before going to graduate school.

It wasn’t until August 2012 that I moved to Korea. The process took about nine months, including getting a TEFL certificate (Teaching English as a Foreign Language), applying to EPIK (English Program in Korea), and sorting out the visa and endless paperwork.

3. Why did you choose to live in Gwangju?

With EPIK, you don’t get to choose where you live. I was randomly placed there, and boy, was I lucky!

4. How to prepare for moving to Gwangju?

There wasn’t much information about Gwangju online, so I would recommend the following for those moving there: Check out the Gwangju Blog, read some editions of Gwangju News, and join the Gwangju Facebook group to get a better feel for the incredible community.

You may want to pack your favorite kinds of products that may be difficult to find, such as deodorant.

Also, depending on the person, bring enough clothes/shoes because sizes are small in Korea. There’s always Uniqlo and H&M, though.

I also highly recommend learning as much Korean as you can before coming, or at least learning how to read Hangeul, the Korean alphabet. There isn’t much English in Gwangju, so knowing the basics makes a huge difference.

5. How to deal with difficulties while living in Gwangju, Korea?

EPIK walked us through the process. After orientation, we were taken to our apartments with our Korean co-teachers. It was a painless process.

The day I moved after I moved in, though, there was a typhoon!

I luckily lived near a bunch of supermarkets and two steps away from a convenience store, so I could get necessities in case of a power outage. I survived, and it didn’t damage Gwangju severely.

6. Did you experience discrimination in Korea?

I have a particular situation in that I am a foreigner, but I am 100% Korean by blood. I didn’t have a Korean upbringing so that I couldn’t speak the language. There were pros and cons of “blending in.”

I never got stared at, but I was always asked questions about where I’m from, disbelief that I’m American, why I don’t speak Korean and why my parents didn’t teach me. Having the same conversation and explaining myself over and over becomes burdensome.

Blatant discrimination won’t be met daily, but it does exist as Korea is a homogeneous country with xenophobia. Though rare, certain clubs don’t allow non-Koreans in.

We were all required to get HIV tests. Some people may be afraid to talk to you because they are not confident in English. Others might not want to sit next to you on the bus. Again, these are not common.

Most Koreans are friendly and will go out of their way to help you. They are curious about your country and may want to speak to you to practice English. Kids will often say, “hello, thank you!” and any other English phrases they know.

7. How to overcome culture shock in Korea?

It wasn’t a giant culture shock for me since I’ve been to Korea twice before, but there were always little differences that I would notice.

One difference that I didn’t like was the trash piles and litter. It got to the point that my boyfriend and I decided to stop complaining and start doing.

We put on gloves and went out to pick up trash in our neighborhood. People would stare at us, and others thanked us. It turned into a social media campaign called #CleanGwangju, which is still active today.

It’s balanced well. Gwangju isn’t overwhelming like Seoul, but it’s still a big enough city always to have something to discover.

A national park is within the city, and there are plenty of hiking trails and streams where you can go swimming. The beach is a bus ride away, and the city’s countryside is stunning.

The international community is tight-knit and super supportive. There’s always something fun to do! Most importantly, Gwangju has the absolute best food in the country!

9. Is there anything that you don’t like about Gwangju?

I can’t think of many things besides summers are humid. That’s countrywide. There aren’t as many available of international products as in Seoul, but that wasn’t a problem for me.

10. What are your favorite things to do in Gwangju?

Hiking at Mt. Mudeungsan, going to the vegetarian buffet afterward, riding my bike down the river path, meeting up with friends for drinks and Noraebang (karaoke rooms) downtown, going for a run at Chonnam University, having rooftop potlucks at friends’ houses, attending festivals, and the Daein Art Night market.

11. Where do you recommend visiting in Gwangju?

12. What is the cost of living in Gwangju?

Life in Korea is cheap compared to western countries but more expensive than in Southeast Asia.

Going by bus is the best way to get around. Each bus ride costs about $1. The subway is the same, but there is only one line. Taxis are cheap. You can get across the city with less than $15, but buckle your seatbelt and hold on!

A great thing about Korean restaurants is unlimited side dishes! If you opt for western food, it will be more expensive.

Beers and soju are usually around $3 a bottle, and coffee can range from $3 to 6. There are plenty of cute coffee shops that you can go to!

Food is about as much as you would pay in the U.S. Fruit can be outrageously expensive, so stick to what’s in season.

It’s best to buy produce at the street vendors or traditional market. Home Plus (owned by Tesco) is an excellent place to get other groceries and carries a variety of western products.

13. Is it easy to make friends in Gwangju, Korea?

Yes, it is so easy to make friends!

Through my intake with EPIK, I met people, but I made the greatest friends once in Gwangju. You can meet people by going to events run by the Gwangju International Center, volunteering, taking Korean classes, and going to foreign bars/restaurants.

14. Do you hang out with locals or foreigners mostly?

I hung out with mostly foreigners, but I did have a handful of Korean friends.

It was more difficult to become good friends with Koreans due to the language barrier, and just the concept of friendship is different in Korea.

In America, you can meet a person a few times and call that person a friend, but you should have a deeper relationship before calling someone a friend in Korea.

15. Where is your favorite place in Gwangju to hang out with friends?

We hung out at each others’ apartments, doing dinner parties, hiking on the weekends, and eating out downtown.

16. Do you interact with any expat communities in Gwangju?

Yes, I was active with the Gwangju International Center, rock climbing community, and running community.

17. A memorable experience in Gwangju, Korea

A great memory was organizing a huge clothing swap event for the Gwangju Freecycle group I started.

Hundreds of people attended all day, and there must have been thousands of items filling up the large room at the Gwangju International Center.

So many perfectly good items went to new homes for free instead of going to the landfill. Everyone was grateful, and the day was full of positivity.

18. Did you change your perspective about Gwangju after living here?

I loved it for the first two years, but I became jaded in the third year.

Many of my friends left, and I didn’t want to bother making new friends, knowing that I would leave soon. The city becomes small and a bit boring after a while.

19. What are your advice and tips for moving/ living in Gwangju?

Become involved in the community! There are clubs for everything – books, sports, writing, performance, art, knitting, chess, web design, etc. And if your passion doesn’t have a club, start one! People are supportive and open to new ideas.

20. Would you recommend living in Gwangju?

Absolutely! It’s a friendly and comfortable place to live in. There are a lot of resources for expats!

21. What have you learned from living abroad?

Oh, this could be a whole post on itself!

I’ll keep it simple. I learned how much I don’t need to be happy. I became a minimalist and owned the bare minimum.

I learned so much about how the world views my home country, putting things into perspective.

I became more grateful for my upbringing – Having an American passport and being a native English speaker makes me far more privileged than most people in the world, and I want to use this privilege to do good.

Last, I learned that no matter what cross-cultural differences there are, we have more similarities. We are all human and want to thrive in this world.

Lianne is a Korean-American adoptee who has been traveling and living abroad since 2010. She’s taught English in Korea, Australia, and Japan and has backpacked throughout Asia via CouchSurfing, HelpX, and housesitting. She is a simple girl who loves the little things in life: mainly leaves and cats. 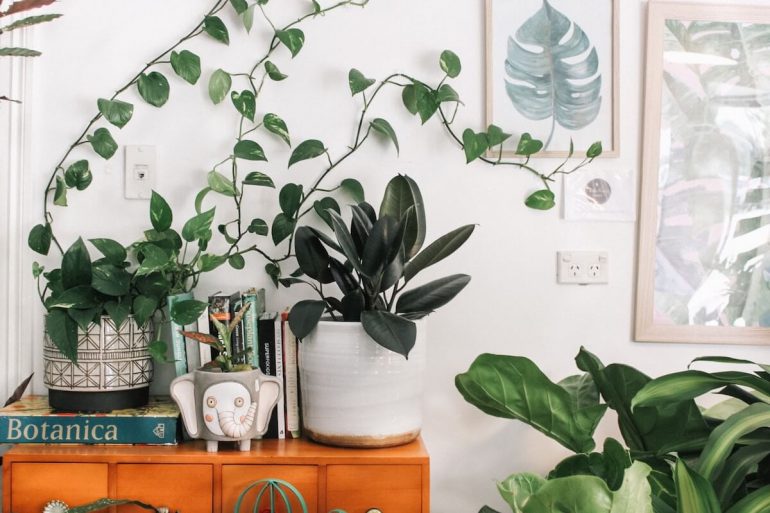 Brisbane, Australia’s third most populous city and the capital of Queensland, has a sub-tropical climate with pleasant average temperatures all… 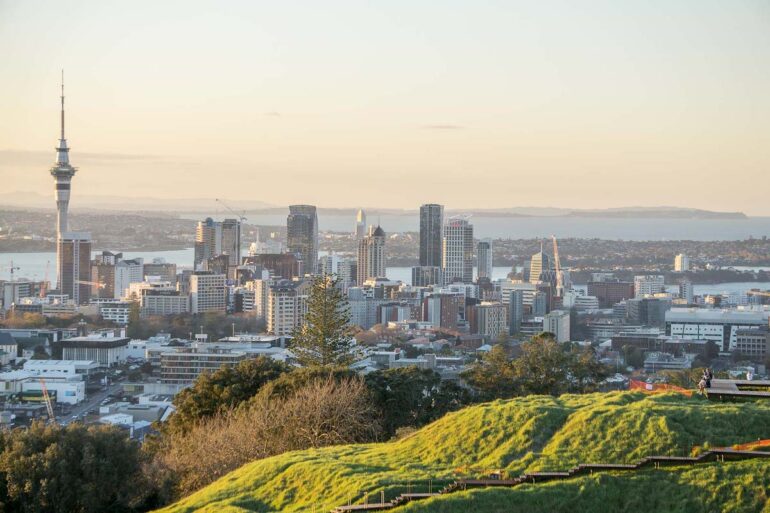 Are you planning to move to Auckland? What is it like to live in New Zealand? In this Expat Interview, Jac… 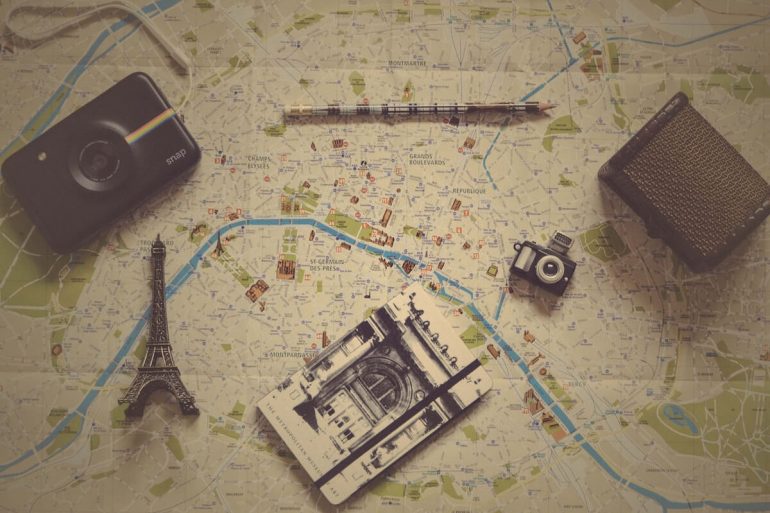 Have you ever dreamed of living in Paris and wondered how it would be? In this Expat Interview, Gabriela shares her… 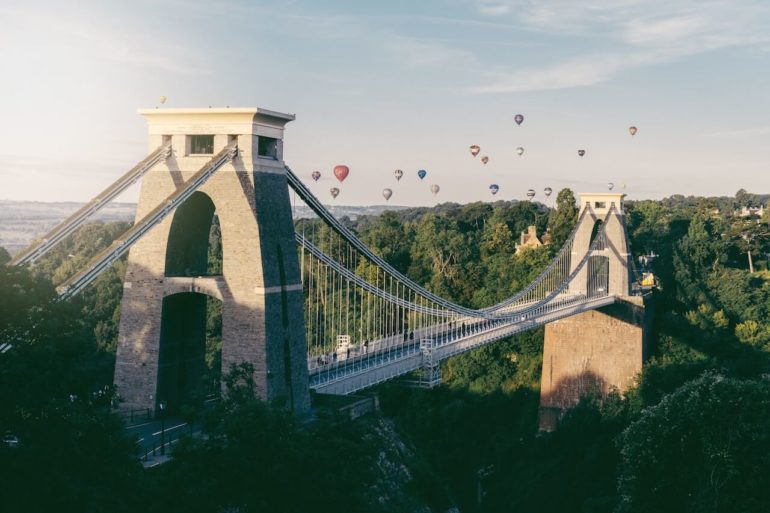 Are you thinking about living in Bristol, England as an expat? In this Expat Interview, Chelsea shares her expat life in… 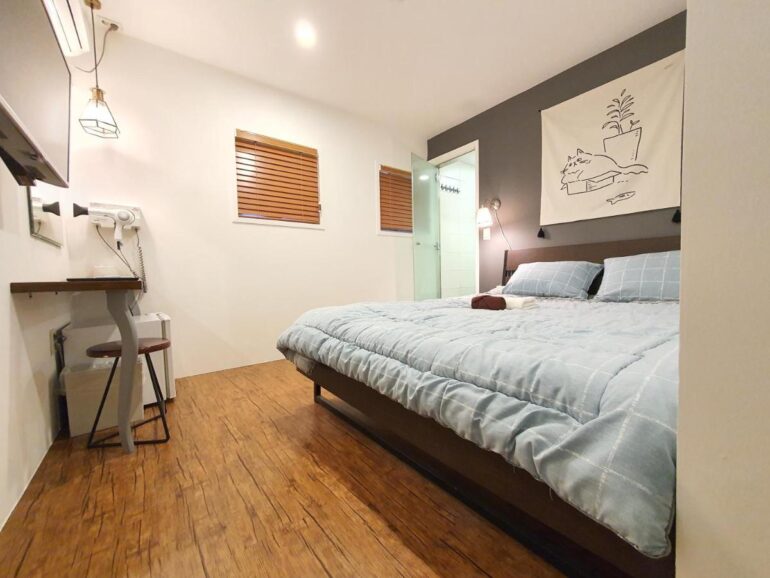 Seoul offers harmony between traditional palaces and skyscrapers, k-pop, and mouth-watering street food. However, finding a place to rest in… 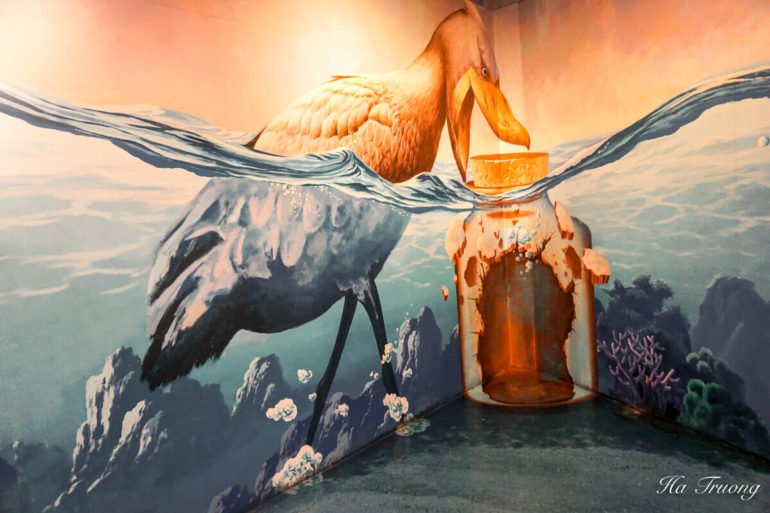