Located on the West of Kyushu island, Nagasaki is a magical land that stood up from the atomic bombing of Japan. The prefecture is well-known not only for its history but also for its beautiful scenery.

What to do in Nagasaki, Japan?

If you’re looking for the best things to do in Nagasaki Prefecture, take a look at this travel guide for ideas of what to see and do in Nagasaki.

Get on the Shinkansen to Nagasaki

Taking the Shinkansen should be on your travel list to Japan.

On your trip to Nagasaki, you can enjoy an efficient and speedy round-trip train ride on the Shinkansen between Hakata station in Fukuoka and Nagasaki station.

Alternatively, you can take a Shinkansen to Nagasaki if you have a Japan Rail Pass.

The most common options are seven days, 14 days, or 21 days Pass. You can save lots of money and travel to Japan on a budget with Japan Rail Pass.

Although it’s unlikely that you have heard about Hashima island, it will surely be an unforgettable trip if you ever have a chance to visit this island once.

I had a great chance to visit Gunkanjima island, and it was amazing to see the effects of nature through time.

Hashima Island was formerly an island with abundant coal sources, and as the population grew, there were constructions of houses with all facilities on Gunkanjima.

However, after the coal demand declined, Hashima Island was uninhabited in 1974 and has fallen into silence since then.

You can read this Gunkanjima Travel Guide to know more about the history and how to get to this mysterious island.

Fee: A trip to Gunkanjima costs 4300 Yen for adults, including the boat tour and island entrance fee.

Now let’s get back to Nagasaki city!

Nagasaki Shinchi Chinatown is the oldest Chinatown in Japan, and it has many tasty dishes. I would recommend having lunch or dinner here.

What to eat in Nagasaki Shinchi Chinatown?

A visit to Nagasaki city without trying Nagasaki Champon would be a huge miss!

Introduced from China in the 50s, Champon (ちゃんぽん, Chanpon) has become a famous Nagasaki specialty throughout Japan.

Nagasaki Champon is a cheap, nutritious meal with thick noodles and other ingredients such as seafood, meat, and vegetables. The broth is usually made from chicken or pork bones.

Besides Champon, having a quick bite of Kakuni-man is also a great choice!

Travel Back In Time To Dejima

Have you ever heard of Dejima – the only trading port between Japan and Europe?

Built in 1636, Dejima was a human-made island at the tip of the cape of Nagasaki.

Dejima had an exciting story because it was first made to house and separate the Portuguese and the Japanese, but then the Portuguese got expelled from Japan, and the Dutch moved in.

Dejima was the primary place for exchange between Japan and Holland for over 200 years, from the 17th to the 19th century.

Although Dejima is no longer an island, you can still see some historical structures restored on this island, and it’s exciting to catch a glimpse of what life was like for the Dutch traders in Nagasaki.

Another exciting place to visit in Nagasaki if you’re into Dutch and Japanese history is the Nagasaki Dutch slope, known as Oranda-Zaka.

After opening Nagasaki’s port to foreign trade in 1859, many foreigners, or individually – Dutch people, started to live here.

Nowadays, the Nagasaki Dutch slope is a beautiful place to understand the cultural differences between the old and modern ones.

You can see old European-style houses while walking on a stone-paved street that leads to the hill.

These houses are well-reserved, and some are open to the public, such as Higashi Yamate 13 Former Residence.

It’s worth wandering around and getting lost in this older part of the city.

Admire the view from the Glover Garden

If you’re around Nagasaki Dutch Slope, why not pay a visit to Glover Garden – an open-air museum located on the top of the hill.

You can spend a few hours walking around the lovely gardens, entering Western-style buildings, and looking inside those well-preserved rooms.

The Glover garden also offers a beautiful view of the port and the houses nearby, so having a coffee while admiring the view is also a great idea.

Would you like to visit the oldest church in Japan? Come to Oura Catholic Church!

Located close to Glover Garden, it’s convenient to visit both places at the same stop.

The Oura Catholic church has a significant historical value thanks to its age and being the location for discovering the Hidden Christians.

By visiting Oura church, you will get a chance to see the interior design with the contemporary European architecture and learn about the site’s history.

The steep admission fee includes entrance to a museum about the history of Christianity in Japan.

Take a look at Meganebashi Bridge.

Meganebashi is a bridge over the Nakashima River in Nagasaki city.

Built in 1634, it is believed to be Japan’s oldest arched stone bridge and is recognized as a valuable cultural property.

Meganebashi Bridge is also known as the Glass bridge, thanks to the bridge’s reflection over the river. It looks like glasses if you look from a far distance.

Learn more about the history from Nagasaki Atomic Bomb Museum

Nagasaki was one of two cities in Japan and Hiroshima that suffered the atomic bomb disaster in World War II. Millions of Japanese people died and were injured due to this disaster.

The destruction of the atomic bomb left was indelible, although peace and economic recession were restored.

You should visit this museum to commemorate those who died in the disaster and wish for a world of peace and peace.

Although I’ve learned about this disaster in History class, visiting this museum and learning about the suffering from the atomic bomb was real and haunting. It was regrettable to see the damages caused by the Atomic bombing on people and construction.

The park was built on a low hill in the north, where it was devastated by the atomic bomb.

Nagasaki Peace Park was constructed to pray for World peace and present the hope that the atomic bomb tragedy will never happen again, with the statue symbolizing the desire for peace.

Considered one of the three best city viewpoints in the world, the view from Mount Inasa will bring you a memorable experience on your trip to Nagasaki.

The night view from the observation tower at the top of Mt. Inasa looking across the river down to Nagasaki city is gorgeous, as you can see the light and the busy life of Nagasaki.

The best time to visit Mount Inasa is just before sunset, so you will see the city’s day and night views.

Have a fun day at Huis Ten Bosch (ハウステンボス)

Have you ever thought of visiting Amsterdam in Japan?

If you love amusement parks or looking for unique things to do in Nagasaki, take a train to Huis Ten Bosch – a Dutch theme park in Sasebo Nagasaki.

Although Huis Ten Bosch is not located in Nagasaki city, it’s worth your trip.

The theme park displays life-sized copies of old Dutch buildings, and there are different attractions such as game areas, museums, windmills, and a beautiful canal.

Visiting Huis Ten Bosch, you won’t believe you’re in Japan because the surrounding resembles Dutch architecture. It brings the feeling of Amsterdam, Netherlands.

If you’re a nature lover, why not take a journey to experience the Kujukushima islands when you are around Sasebo?

Kujukushima is translated as 99 islands, charming scattered small islands in Sasebo, Nagasaki Prefecture. Those islands are also seen on the opening credits of the famous Tom Cruise film “The Last Samurai.”

You can book the Kujukushima sightseeing cruise ticket and explore the beautiful natural wonders of the Kujukushima islands with a 50-minute ride on the Pearl Queen (a white, multi-deck ferry) or Pirate Boat Mirai (the first electric-powered eco-boat).

Although you won’t get to the islands, you will get a close look at them and admire the breathtaking scenery.

Learn more about the Kujukushima cruise.

Where to stay in Nagasaki

For the first few days in Nagasaki city, I recommend staying near Chinatown, as it will be easy to get to other attractions by tram or on foot.

If you visit Huis Ten Bosch and Kujuku island, you should stay in Sasebo city instead of Nagasaki. 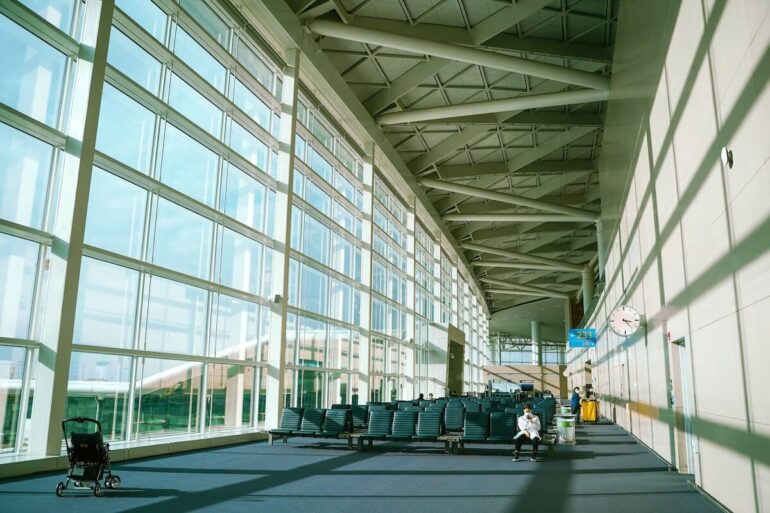 If traveling to Seoul by plane, you will land at Incheon international airport, which can be confusing to get around. How… 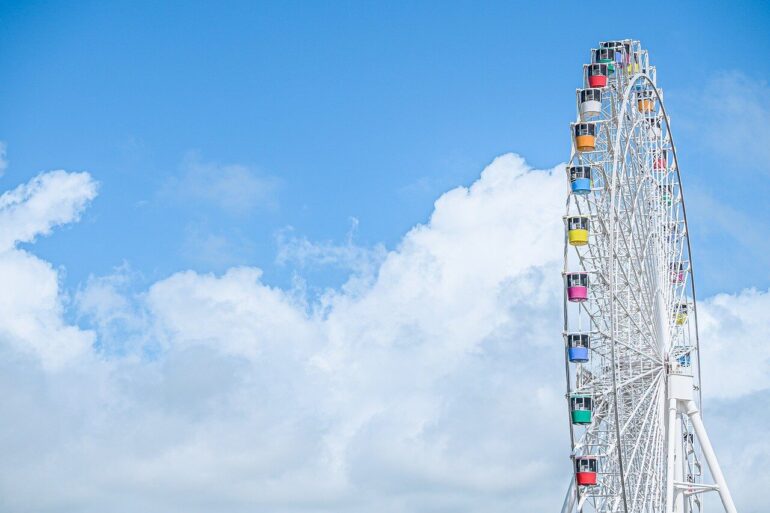 While there are plenty of things to do in Osaka, one can’t ignore that it makes an excellent base to… 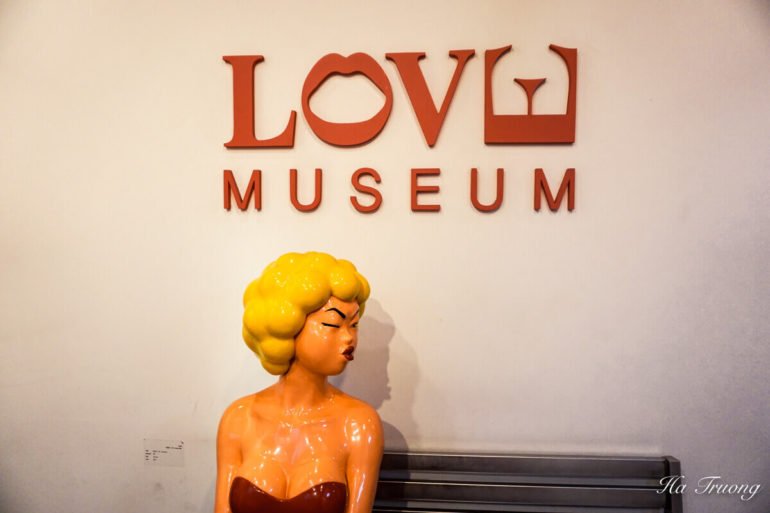 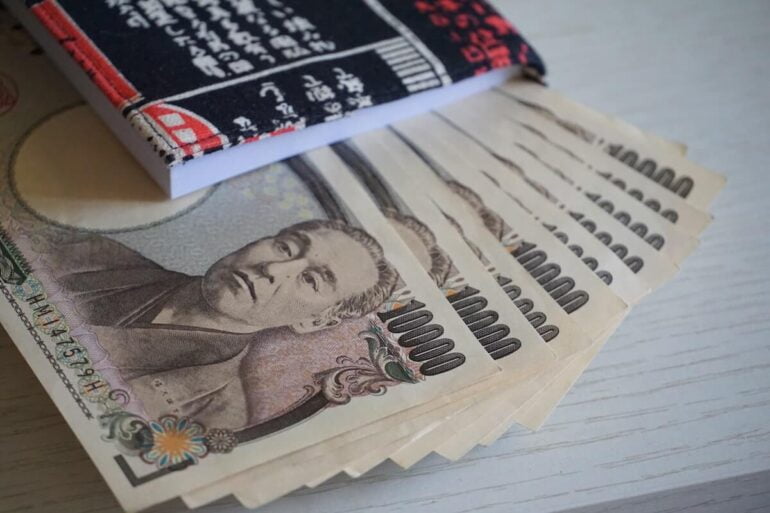 Are you planning to visit Japan? What to know before traveling to Japan? In this article, I share Japan travel… 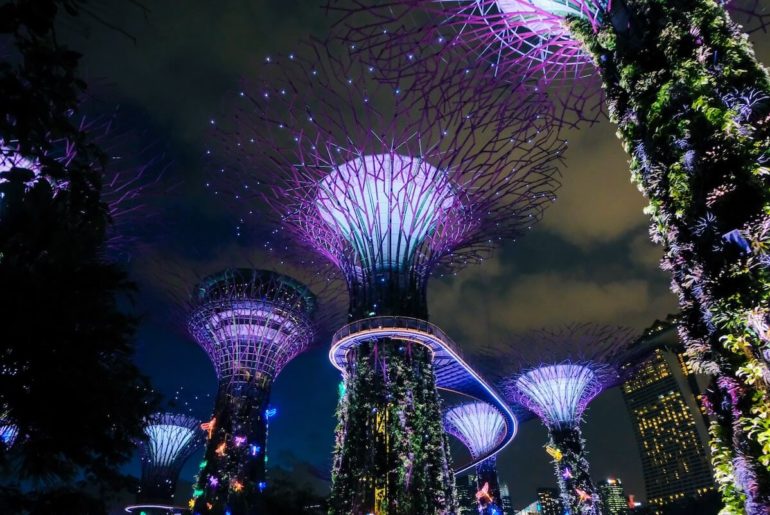 Located off the southern tip of the Malay Peninsula, the cosmopolitan city of Singapore is a business hub of Asia with… 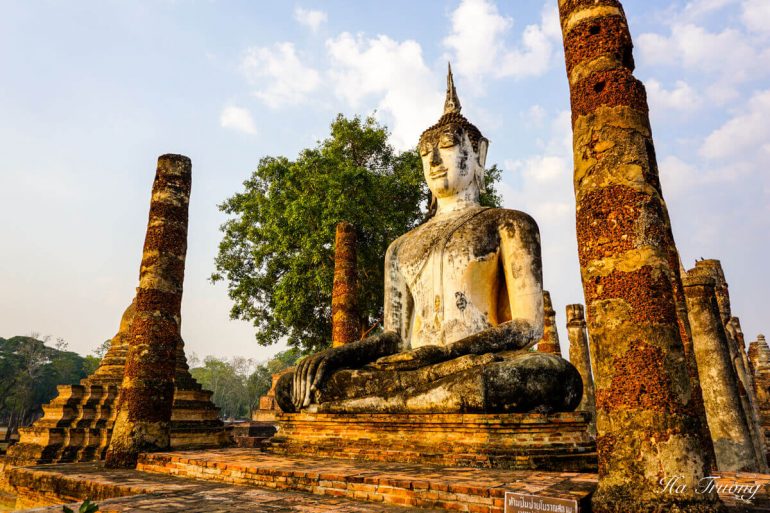 Known as the capital of the first Kingdom of Siam, Sukhothai is one of Southeast Asia’s most important historical sites….