Nowadays, Long Bien bridge is one of the most famous landmarks in the capital of Vietnam, attracting many domestic and foreign visitors daily. What makes Long Bien bridge a symbol of Hanoi?

Here is all you need to know about the Long Bien bridge, including the history, the best time to visit, things to do, and tips. 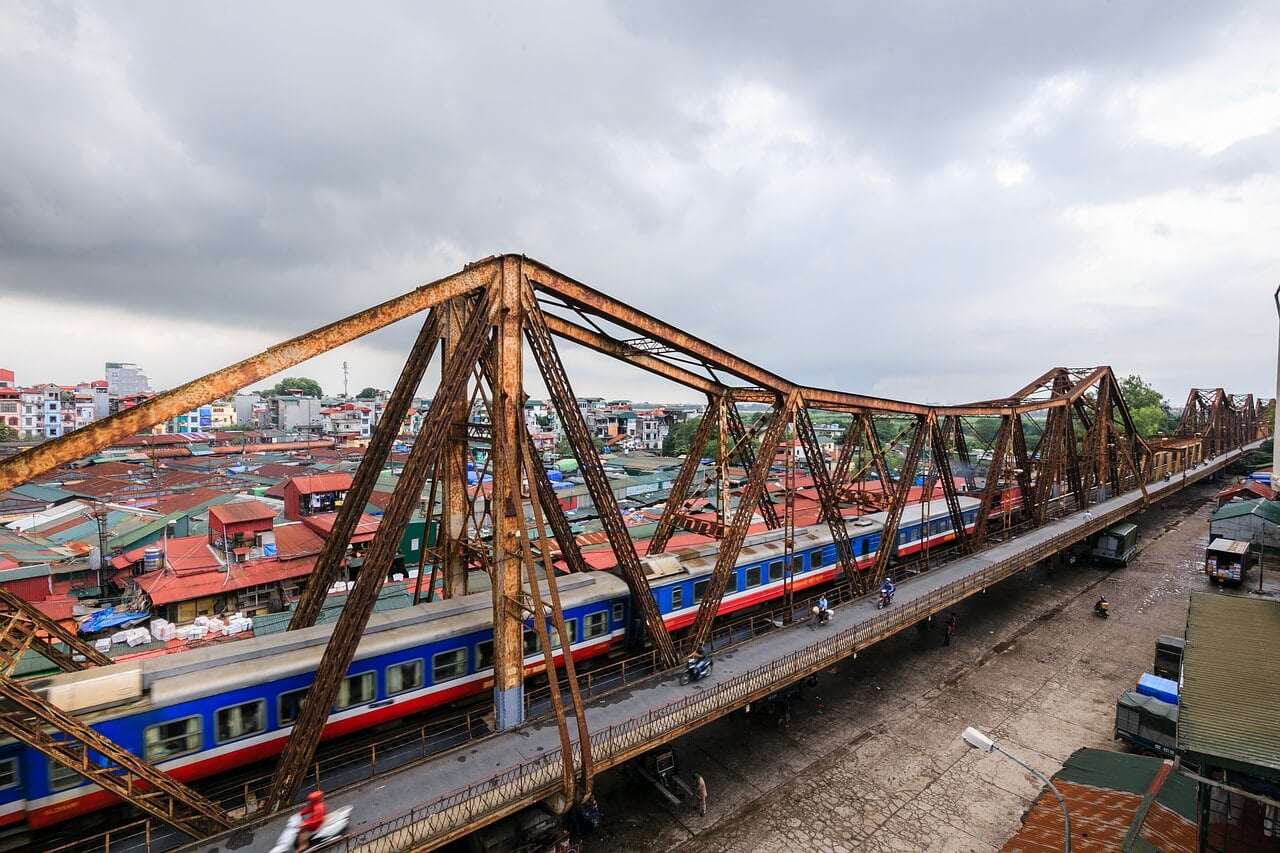 Where is Long Bien bridge?

Today, the bridge is a showpiece of colonial infrastructure, now become a landmark of Hanoi. 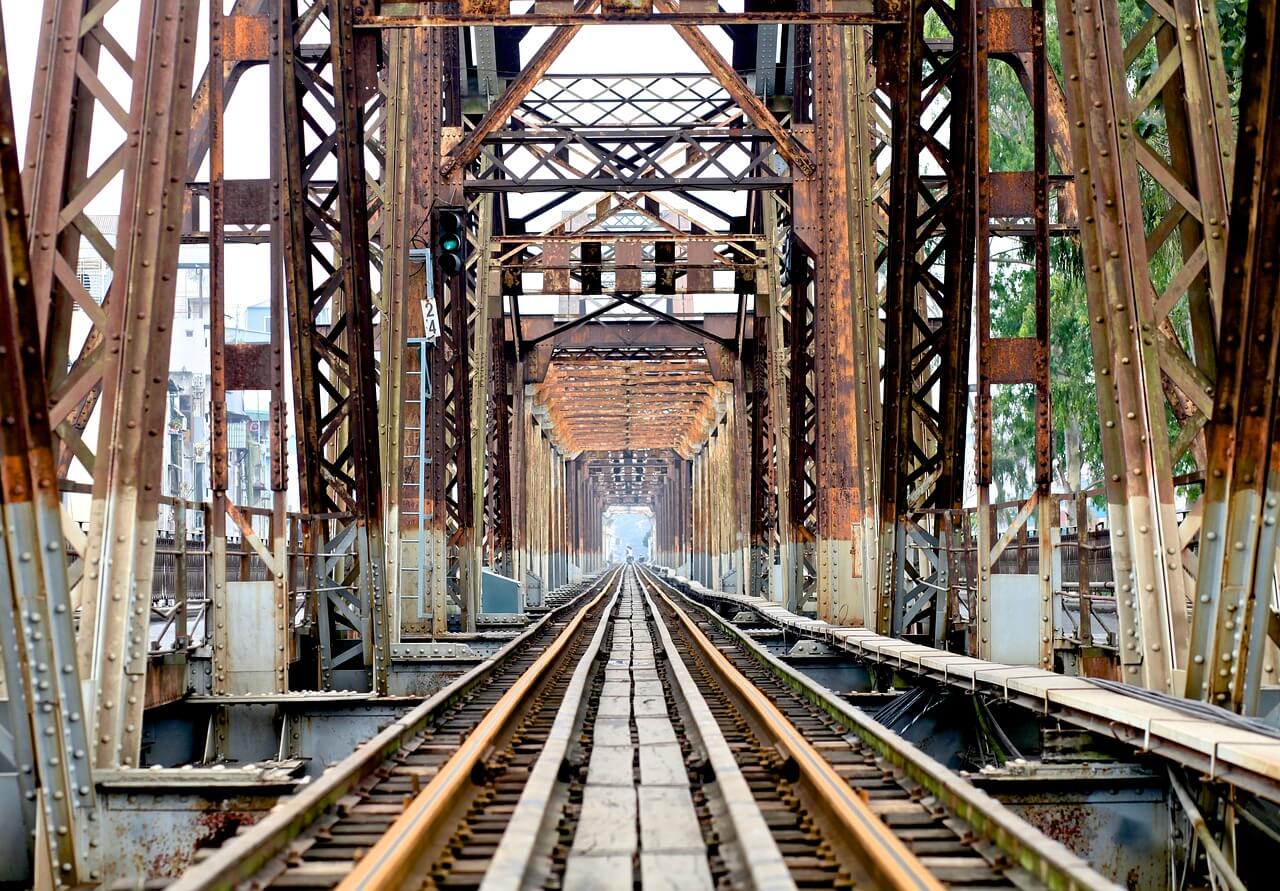 When was the construction of Long Bien bridge?

The construction officially started on September 12, 1898, with a total investment of 5,390,794 French Franc. This bridge was the most significant work in Indochina at that time.

After more than three years of construction, on February 28, 1902, Long Bien Bridge was officially introduced with the name Dourmer Bridge, similar to the name of the Indochina Governor-General.

Long Bien Bridge was expected to be a tool for the colonial exploitation of French colonialists in Vietnam in particular and Indochina in general. 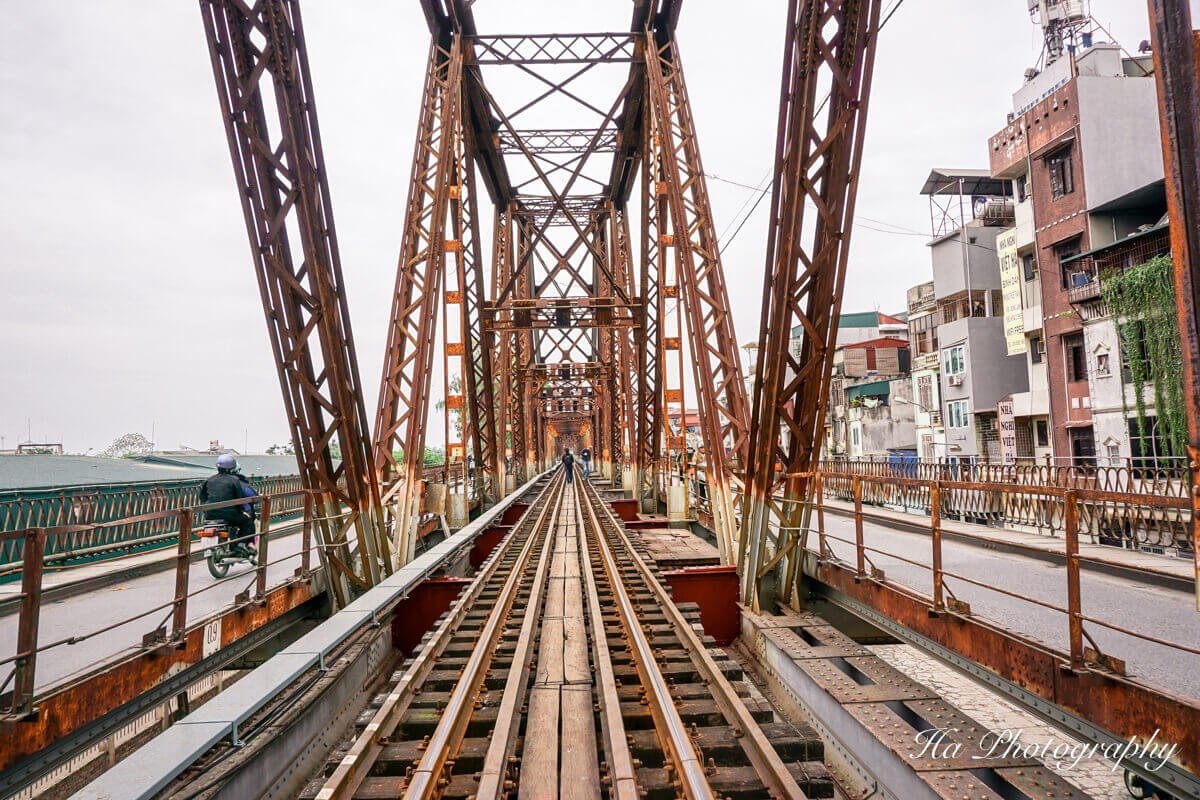 The bridge was mainly for trains, and two sides had pedestrian paths and some rudimentary vehicles at that time.

It was not until the 1920s when cars were introduced and increasingly popular, the new two-road expanded as the current framework.

After Hanoi was liberated, the bridge was renamed Long Bien Bridge.

Not only famous for its architecture, but Long Bien Bridge is also a witness of Hanoi history.

As the first bridge crossing the Red River, it became an important traffic point to promote trade and travel and accelerate the development of both the inner and outer areas of Hanoi and surrounding areas at that time.

During the Vietnam wars, Long Bien Bridge became the lifeblood of transport strategy and had to withstand the devastation of the war.

It was once tilted due to the French colonial tanks sending troops to reinforce the Dien Bien Phu campaign to Gia Lam airport.

In 1954 Long Bien Bridge witnessed victorious troops in the war zone returned to liberate the capital, and the French expeditionary army withdrew from Hanoi.

Due to degradation, in the late twentieth century, Long Bien bridge was only used for trains, bicycles, and pedestrians. From the end of 2005, motorcycles can cross Long Bien Bridge again to reduce traffic congestion for Chuong Duong Bridge. 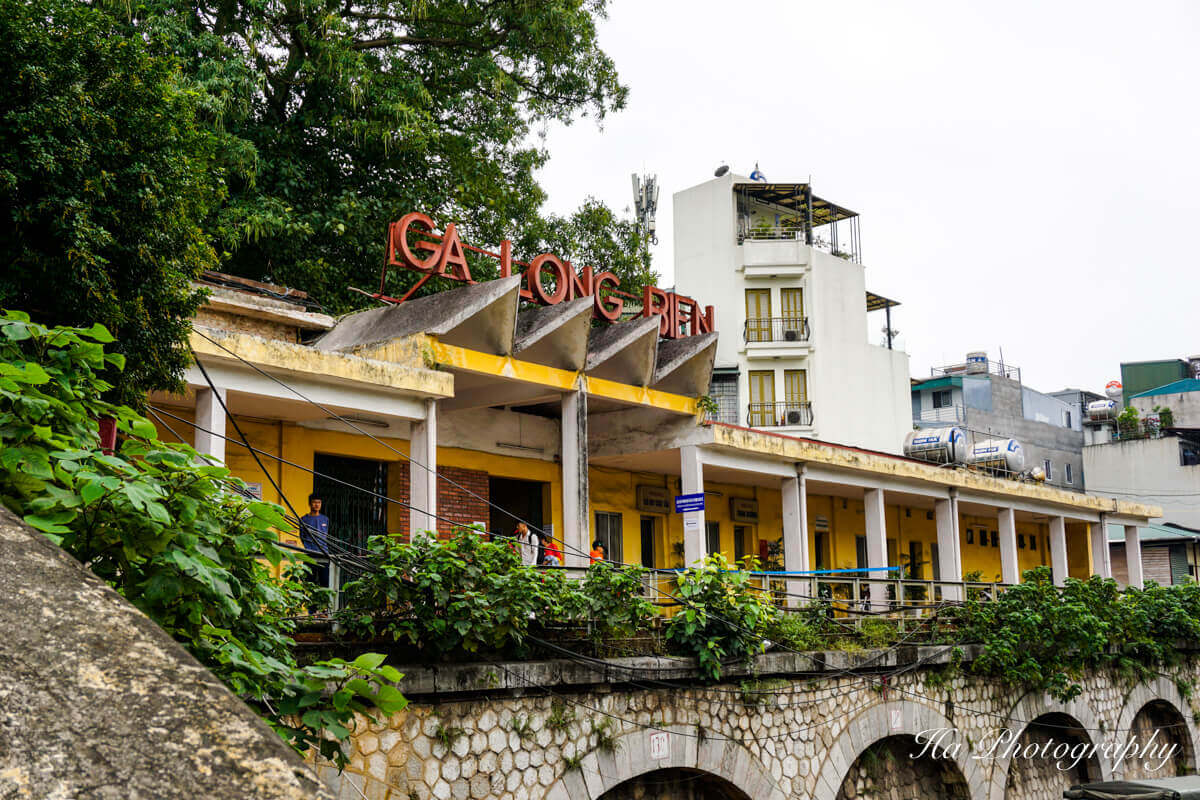 The sunrise and sunset are the two most ideal time to visit the Long Bien Bridge.

In the early morning, you can enjoy the fresh atmosphere and watch the sunrise from afar and see the start of the new day.

For sunset, while watching the scenery in the afternoon, you can witness the hustle when people are going back home after a hard-working day. 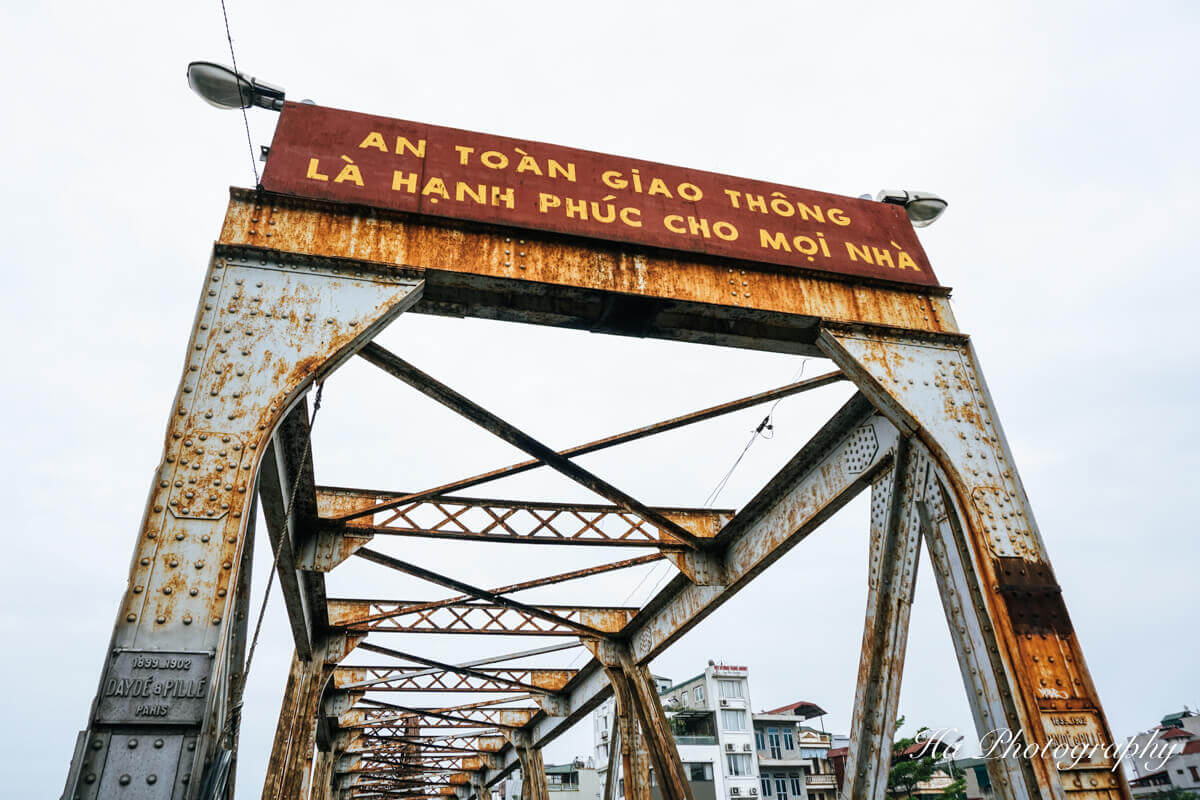 Best things to do at Long Bien bridge

Enjoy a panoramic view of the bridge

You can stand on either side or at the bottom of the bridge to see the panoramic view of Long Bien Bridge and enjoy the overall beauty of its design. 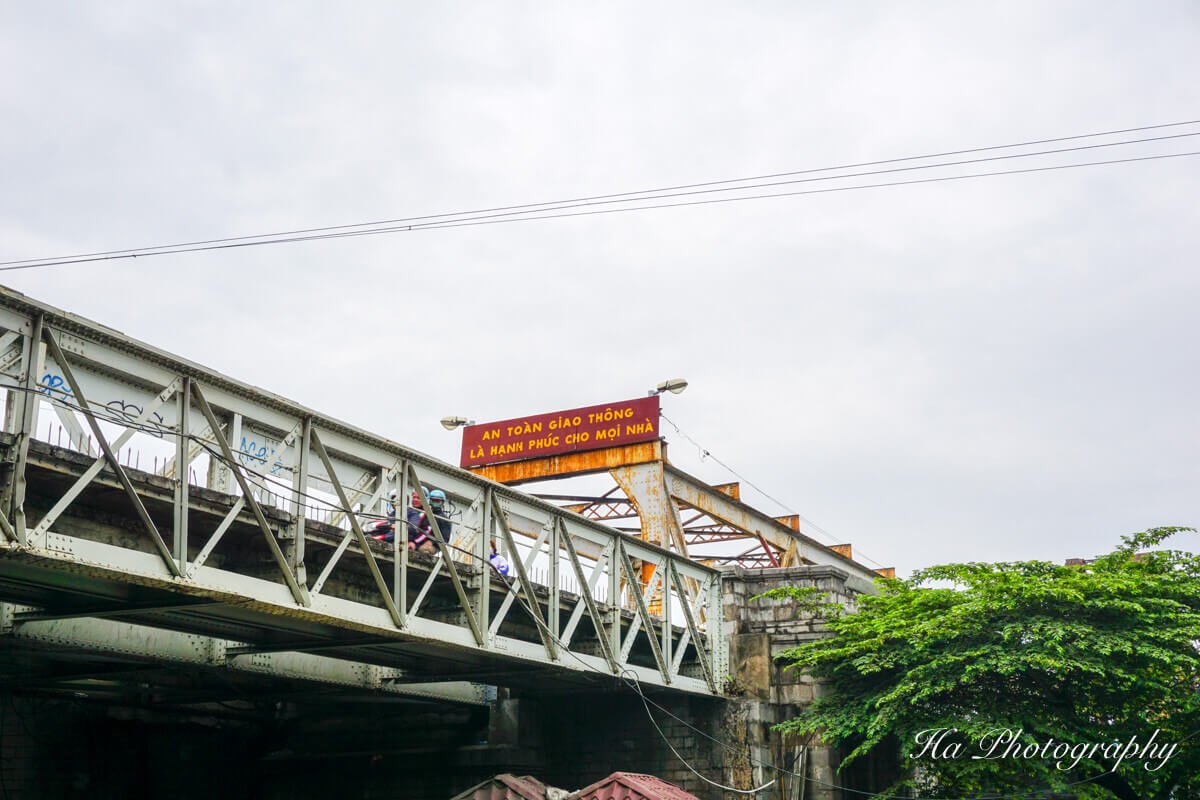 Walk along the bridge

Take a walk along the bridge and see the rusty steel frames, the deflected span, and the pillars.

You can see the traces of bombing and the love locks here as well.

Watching the city and scenery

From Long Bien Bridge, you can see the Chuong Duong Bridge, the Red River, and the whole view of the capital from afar. 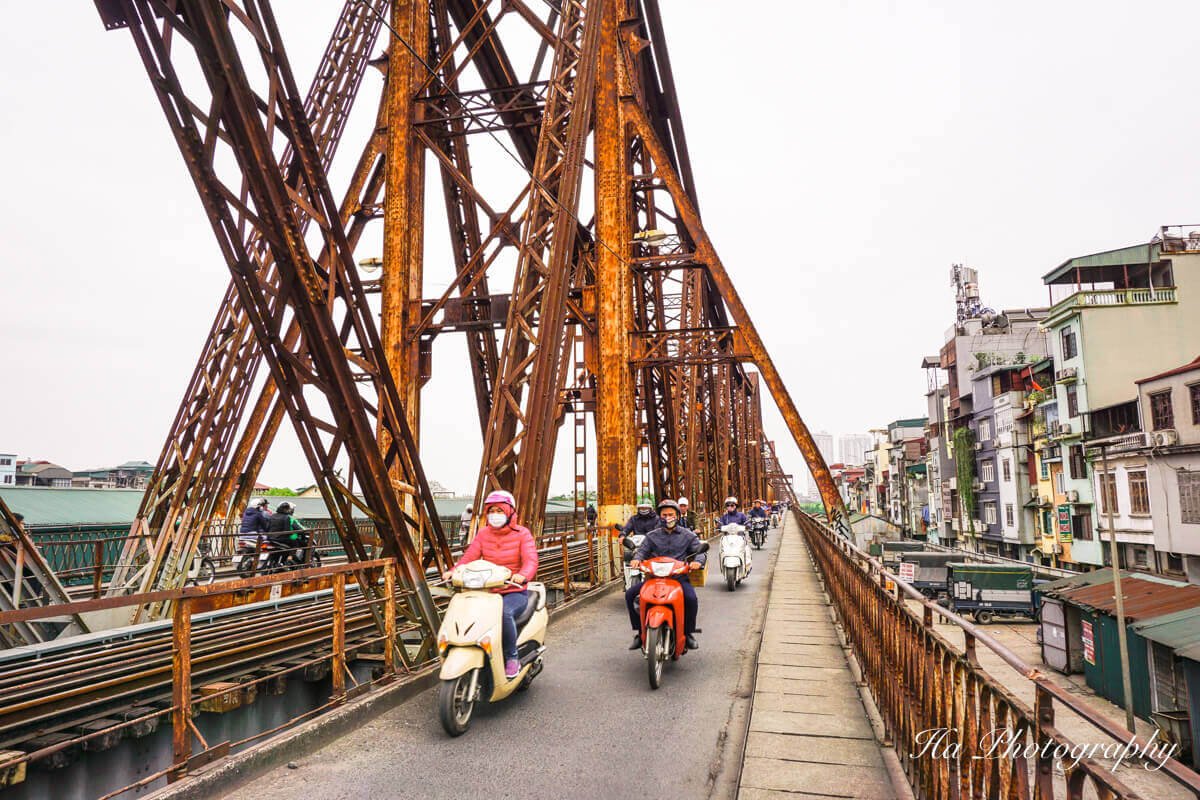 From Long Bien Bridge, ask the locals for instructions to the Red River rock area. It has a large, airy and beautiful scenery.

Long Bien Bridge is not too far from the old town, so you can visit Hanoi Old Quarter, Long Bien Bridge, and Thang Long Imperial Citadel on the same day. Although it can be quite rushed, this itinerary is suitable if you have a short time in Hanoi.

If you have a lot of time and want to relax fully, enjoy everything you can spend a whole day visiting Long Bien Bridge and take pictures at Red River Rock Beach.

Over 100 years, Long Bien Bridge has witnessed many ups and downs of the war as well as the development of Hanoi.

It’s one of the symbols bearing the history – culture – society of the capital. If visiting Hanoi, don’t forget to visit and explore the beauty imprinted with the time of this bridge.

Top Things To Do In Tay Ninh, Vietnam

The Best Saigon Street Food & Where To Find It
Expatolife